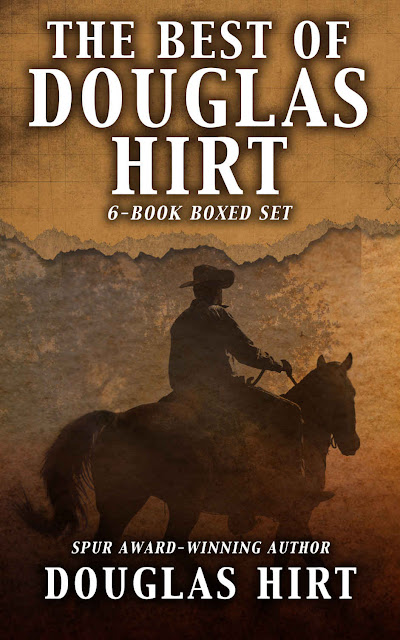 WESTERN WORDSLINGERS
DOUGLAS HIRT
Six Gun Justice recently spent some time with western writer, Douglas Hirt. A collection of six Hirt novels—The Best of Douglas Hirt—is fresh off the digital press at Wolfpack Publishing, and we started our conversation with Doug by firing off a simple question: why write about the west? 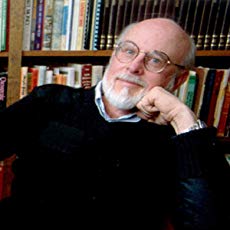 Why did you decide to write about the West? Was it because of your time spent living in New Mexico, or are there additional things that draw you to the genre?

I came of age during the heyday of the Western. Growing up in the 1950s and 60s, every other TV station nightly played black and white cowboy shows, and every year there’d be at least one or two new John Wayne movie in the theaters. How could a young boy not have been influenced by the genre? We had Red Ryder BB guns, Fanner Fifty revolvers, and almost everyone came to school carrying a Hopalong Cassidy or Roy Roger lunchbox.

I started college just as Clint Eastwood started making Spaghetti Westerns, and I was blessed to be living in a place like Santa Fe, New Mexico at the time. . .the two dovetailed perfectly. A local gal that I palled around with helped me make a man-with-no-name serape! There was none of the current mindless paranoia about guns back then, so we’d tromp out the dorm to the arroyo a few hundred years off campus and pretend we were in some western movie — shooting real bullets! 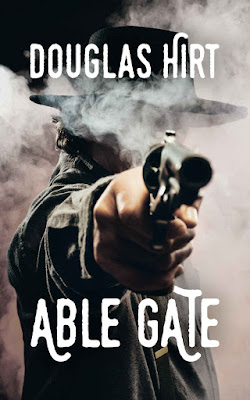 Later, when I was working on my Masters Degree at Eastern New Mexico University, I had the opportunity to spend my summers living in the desert in southeastern New Mexico. We were doing the initial biology on an area that was to become the WIPP (Waste Isolation Pilot Program) site where low-level radioactive material was going to be stored. Living in a tent where we had to haul in our drinking water and nightly fend off the packrats who thought it fun to build their stick-nests around the legs of our cots, opened my eyes to what life might have been like for those hardy settlers in this harsh land. When I set out to write my first book, the typewriter just naturally began typing a Western, drawing on my most recent and most vivid life experiences. 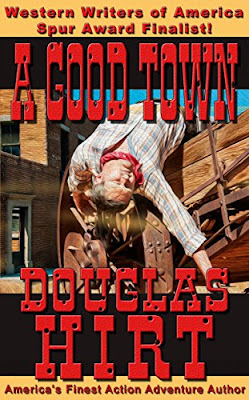 What was the first novel you wrote? First published? How did it come about?

The first novel I wrote was titled The Silent Gun. It didn’t sell—well, at least not right away. So I wrote a second one titled Whisper on the Devil’s Wind. That book was picked up by Pat Lobrutto at Doubleday. There is nothing more exciting than getting that first phone call from an editor informing you he wants to buy your novel! None that comes afterward equals the thrill of that! Pat was a great editor, and wisely trimmed the title down to Devil’s Wind. I was living in Colorado by then, but it, like The Silent Gun, drew heavily on my days in New Mexico. After I’d published maybe half a dozen books, I dusted off The Silent Gun, polished it up some, and sold it too.

Your new collection from Wolfpack Publishing The Best Of Douglas Hirt contains six western titles. Which is your favorite?

There are several titles here that I’m fond of — in fact, I like them all. Each has its own story and memory. Brandish was unique in that I was paid twice for it. I originally wrote the story for Don D’Auria over at Berkley, if memory serves. I wrote it, they paid me, and then unexpectedly cancelled their western line of books. The rights were reverted and I was told I could keep the money. And then, as editors are wont to do, Don moved over to Leisure Books where he graciously bought the book from me again…and paid me…again. 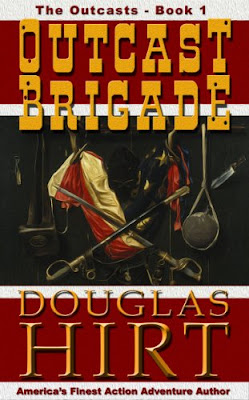 Ketcham’s Land was one of those books heavily influenced by Eastern New Mexico. It’s hard to get over a bout of New Mexico once infected by it. The Ordeal of Andy Dean is my wife’s favorite, and probably mine as well as I had my young daughter in mind when I wrote that one. Also, I think Doubleday did a great job with its cover. The story is more of a character study than some of my other books. Of course, being my first published novel, how can I not love Devil’s Wind? I reread it recently and after all these years, I still think it’s a pretty well-written book.

Years ago Frank Roderus and I were driving home from a WWA Convention in Sheridan, Wyoming. We were passing a military base where I spied a sign that said “Able Gate”. I said to Frank, “That would make a great title.” Frank replied, “Why don’t you write it?” So I did.

I like A Good Town because it too was a strong study of character. Also, it was my first attempt at a frame story, and I think it worked out pretty well. 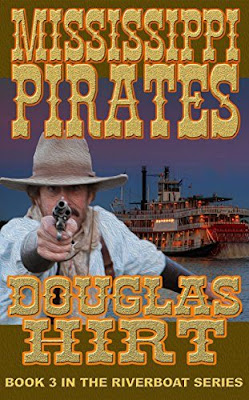 You also write short stories. What can you tell us about them? What do you prefer –writing short stories or novels?

Early on I was not a fan of short stories. They were always a lot of work to do properly, and when I was younger it was much easier to simply throw two interesting people together and chase them around for a couple hundred pages with my typewriter. But as I matured, I began to appreciate the craftsmanship required to write a short story well. And too, as I got older, chasing around a couple of interesting folks with a computer became harder. I became more critical of my own work. I started dabbling in shorts and decided I enjoyed the art, and I enjoyed taking on a project that I could complete in a week or two rather than a year. I still prefer to write a novel, but will continue to work on short stories as well.

Who are some of your favorite writers—western or otherwise?

I’d have to say Donald Hamilton and Frank Roderus are my favorite authors, and most influential on my career. I don’t think Don ever knew how he influenced me, although I did dedicate a book to him. I only met him a few times, but it was his daughter, Elise, who was the door through which I really got to know the man.

Elise and I sat next to each other in Algebra class at The College of Santa Fe. Every few days she’d arrive before class began reading a new Matt Helm book. When I asked her why she read them, she replied simply, “My father writes them.” Of course, back then I was a smart college kid and I wasn’t going to be suckered by that line. When I chided her on the matter, she showed me a photo she’d taken, the very one that appeared on the back cover of all of Donald Hamilton books. Well, I was properly chastised, and we became pretty good friends. 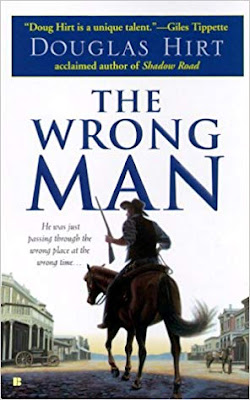 What I learned through that friendship was that Donald Hamilton was like every father; he had a wife, children, and he had to earn a living just like everyone else. And one very important thing I discovered. He did not live in an Ivory Tower where, before this, I had ensconced every successful writer. And that told me something else very important. I could become successful too, if I worked at it.

Frank Roderus was a dear, dear friend. He was a mentor and an encourager. He urged me to join Western Writers of America even though I’d only ever published one short story, and that one was a science fiction. Frank lived for a while in Colorado Springs, and then moved to Florida, but we were on the phone together almost weekly, and Kathy and I would visit him and his wife, Len, whenever we went to Florida. I felt a great loss when he passed on. I think of him often, and in moments of nostalgia still hear his upbeat greeting whenever he called — “Hey, Doogio.”

What are you working on now?

I’m finishing the edits on a book for Wolfpack titled A Deadly Shade of Rose. It’s not a western but action/adventure set in the 1980s. I have a western about half complete titled The Gold Chip, and also a time-travel-alternative-history book that I’ve been working on for several years now, tentatively titled Edge of Yesterday. 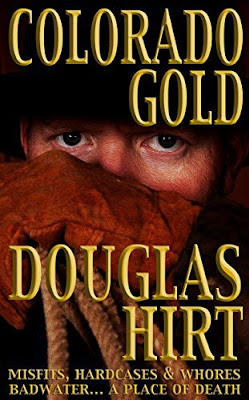 Your bio states that you like to restore old English sports cars. Is that a lifelong passion, or something recent?

I bought my first English sports car back in 1968 and I don’t think I’ve been without one since. Right now I’m doing a frame-off nuts-and-bolts restoration on a Triumph Tr4A, which is taking up a lot of my time and mental energies. I’m feeling pressured to get it back on the road before I’m too old to drive it! So, yes, you can call it a lifelong passion. There is just something tactile, quirky, and comprehendible about an old English car, unlike new cars, which are over-regulated and soulless. Old English cars require a firm hand on the rein to show it who’s in control. And dad-gummed it, they’re just gosh awful purty.
By Sixgun Justice at January 15, 2020