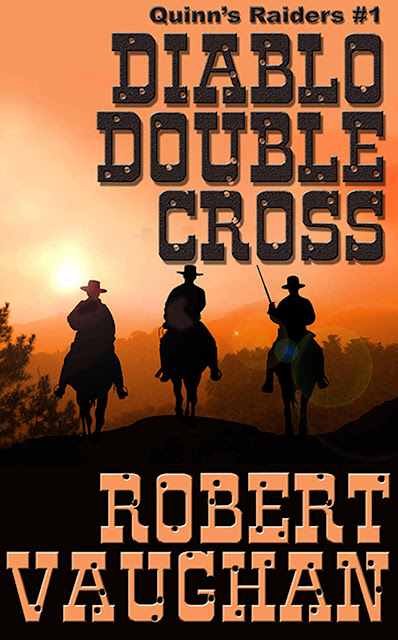 I picked up this book several years back and only just got around to reading it. I’m sorry I waited so long. It’s the first in a series, which some sites indicate extended to six volumes. The copy I have lists J. D. Bodine as the author, but the book has been reissued by Wolfpack Publishing under the author’s real name, Robert Vaughan. The second book, also under Vaughan’s name, has also been rereleased. It’s entitled Blood Money. I don’t know about the others, which may have been written by another writer under the house name of Bodine.

The story follows five Confederate irregulars at the very end of the Civil War. Marcus Quinn is their leader, thus the “Quinn’s Raiders.” They’ve been captured by Union forces and are being taken north by train to prison. They have a reputation that puts them into the same category as Quantrill’s Raiders, and they manage to find a way to escape. With the war all but over, the five men decide to head west to make their fortune and end up caught in a range war.

The story is fast paced; the writing is very good. The primary characters, Marcus Quinn, Hank Proudy, Bob Depro, Loomis Depro, and Billy Joe Higgins, are well drawn. This first book mostly features Quinn, Loomis Depro, and Higgins. Given the mention of Quantrill’s Raiders, I was wondering whether the characters here would be of the ultra-violent sort, but even though they talk tough and skirt the edge of the law, they are actually decent men who the reader can root for. 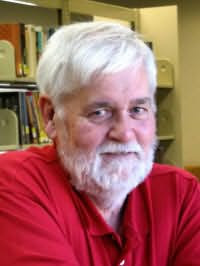 I didn’t find any missteps and will certainly pick up the second volume. This would be classified as an adult western because it has several sex scenes in it, but these are relatively mild and actually well done. The women are not objectified but are complete characters in their own way, although they don’t have a lot of time on stage, of course.

I’d heard the name Vaughan before but I haven’t read anything else by him under his real name. He’s had a number of pseudonyms and has apparently written hundreds of books. He’s still writing. Vaughan is a decorated war veteran and has been inducted into the Writer’s Hall of Fame. I look forward to learning more about him as I pick up some more of his work.