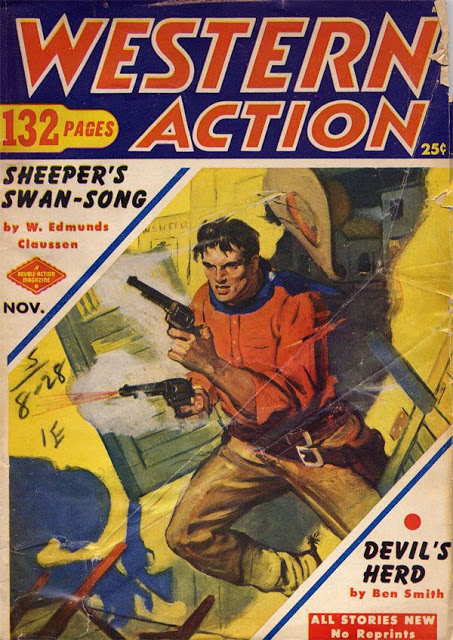 VOL. 15, NO 5
Western Action was a pulp magazine turned out quarterly by Columbia Publications with Volume 15, No. 5 being the last issue for 1951.Like a lot of the pulps, it breaks down into Feature Novels, Novelets and Short Stories. Scanning the table of contents, I was surprised to see a True Fact Feature on Herefords, the red white-face breed of bovine I grew up with, but not surprised at all when I turned to the article and found it only half a page in length. I don’t blame ‘em—boring stuff when Devil’s Herd and Terror Ranch are in the offing a few columns away. 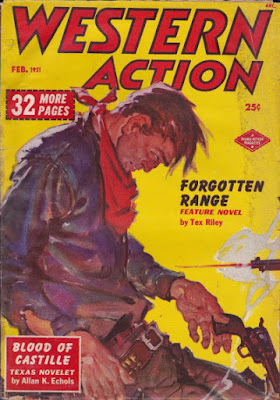 Crammed into these 132 rough-hewn yellowing pages—All stories New! No Reprints!—are blistering hard luck stories by C. C. Staples and Ben Smith, a fast paced western noir by A. A. Baker, a straight-ahead Hollywood style piece (complete with a white-bread hero and a stereotypical African American side-kick) by Clyde Harper, yet another Sheep Herder Vs. Cattle Rancher battle staged by the prolific pulp writer Harold F. Cruickshank, and a light-hearted mystery penned by Lon Williams.

Baker’s dark piece Rock City Revolt begins with a familiar setup, but rapidly became my favorite piece in the mag thanks to a cunning hero drawn from history and a quick witted turn I didn’t see coming. A Nevada mining town on the downhill slide is under the control of the heinous vigilante Sinclair and his gang of thugs. In the opening paragraphs, the town founder, elderly Bluerock O’Connell, is bullied by Sinclair and battered into the dusT. 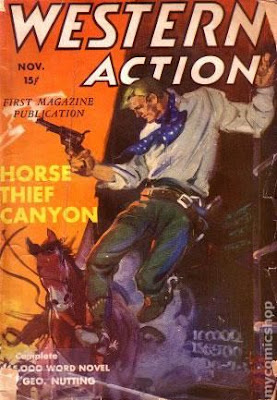 In Chapter Two, when Bluerock’s son Johnny comes home from the war and his stint with Texas guerrilla fighter Major Dunn, you know Sinclair’s up a creek. How it unfolds is an entertaining read, and considering the Rock City revolt led by O’Connell leaves the entire town buried under a mountain, it doesn’t have all that happy an ending. And dig then there’s the creepy EC-style illustration to go along with the story.

Williams’s story, a short three pages called Dog’s Day Comes to Laudermilk, is also worth mentioning for its humorous characters and simple crime-scene setting. Just as sure Whomperjaw Gus, Little Homer, and Winchester Smith paid for their crimes, it’s immediately clear crooked Sylvester Laudermilk will face rough justice in Goat City at the hands of Boot Bailey and a guy named Clawhammer.

Enjoying nearly everything I read in this issue, I will seek out more copies of Western Action because that’s exactly what I got between its ink-soaked pages. 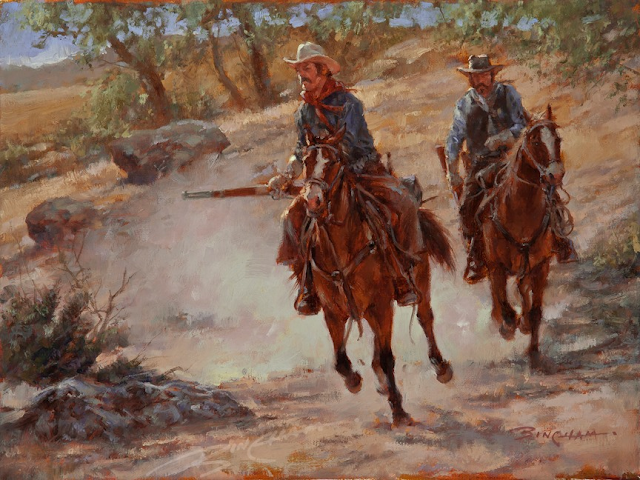