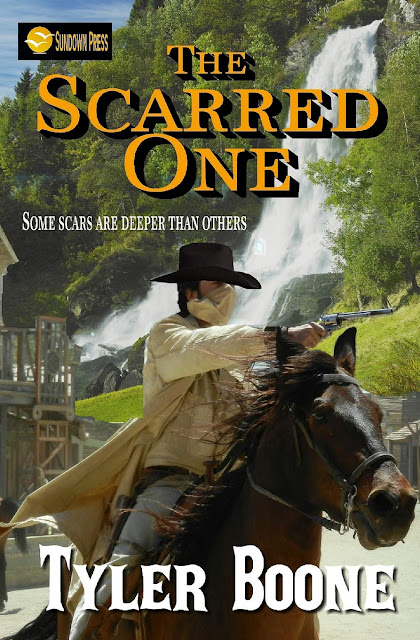 MY PERSONAL WEST
CHARLES ALLEN GRAMLICH
Six-Gun Justice asked a posse of contemporary western scribes why it is they write about The West. What qualities of history, culture, or geography inspire them to spin yarns set west of the 100th meridian. The answer from award-winning author Charles Allen Gramlich (aka: Tyler Boone) is below... 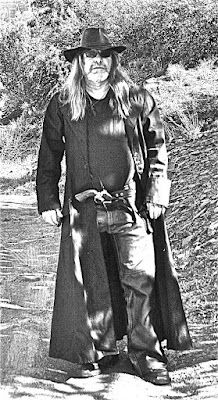 From a young age I was a reader, and westerns, particularly Louis L’Amour westerns, were a mainstay of my diet. L’Amour was good with his history but his work had an unintended side effect on me. Until I was almost fifteen years old my idea of the West was as existing out there, meaning Texas, Arizona, Wyoming, Colorado. I didn’t know how close the real west was to my backyard.

Fort Smith, Arkansas, less than thirty miles from my hometown of Charleston, Arkansas, was a major hub for western travel during the period between 1817 and 1896. The Trail of Tears ended at Fort Smith, just before the Cherokee and many other Native Americans crossed the river into what was then called the Oklahoma Territory. There’s still an historic site overlooking the original Fort Smith where the Trail ended. 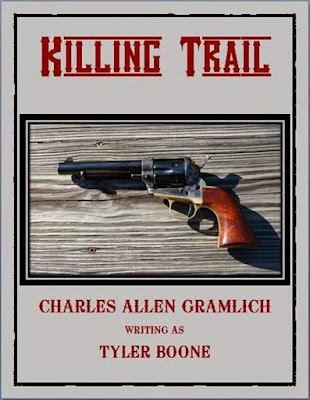 The Oklahoma Territory was more wild and wooly than Tombstone or Dodge City in its day, and the court that had to enforce the laws in the Territory was centered at Fort Smith. Between 1873 and 1896, Eighty-six men were hung on the gallows in Fort Smith, seventy-nine under the reign of Judge Isaac Charles Parker, known as the Hanging Judge. Parker often hung five or six men at a time. He tried to hang a total of 160 (four of them women), but for various reasons only managed to get seventy-nine. I’ve seen the reconstruction of the gallows in Fort Smith, at the museum there, and even in the bright sunlight of over a century later it still gives you a chill.

Some of the outlaws hung in Fort Smith back in the day included the notorious Crawford Goldsby (better known as Cherokee Bill), who rode with the Cook Gang and was said to have murdered seven people. The deserter William Finch was hung there, after he killed two soldiers who were bringing him to trial for desertion. And Calvin James had his neck stretched in Fort Smith after he killed a traveling companion for four gallons of whiskey. On July 1, 1896, the entire Rufus Buck gang was hung together after going on a wild spree of murder and rape. Considering the reputation of the jail in Fort Smith, which was known as Hell on the Border, you have to wonder if some of the condemned were ready to go to the gallows rather than stay in that jail. Cherokee Bill was said to have remarked on his way to the rope, This is about as good a day to die as any. 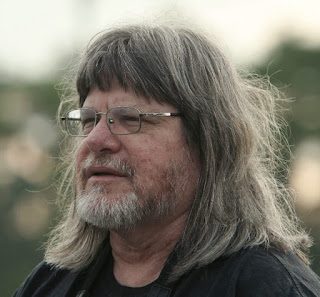 Belle Starr lived in the Oklahoma Territory for some time, and once appeared before Judge Parker. She and her husband, Sam Starr, a Cherokee, were found guilty of horse theft and Belle spent nine months in prison for it. That may well have been the least of Belle’s crimes. In 1889, Belle was ambushed and killed with a shotgun while out riding in the Territory. The crime was never solved, although many suspected her son. Belle’s daughter was Pearl Starr, who was also the daughter of Cole Younger. 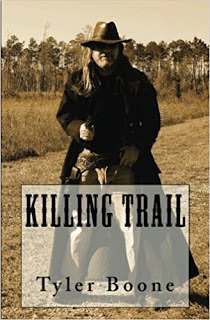 It’s amazing how little many of us know about the history of the places where we live. I passed quite a few years before I understood that the Old West was all around me right there in Arkansas. Only a thin veil of time separated me from that world, a veil that history and my own imagination could pull aside for me.

Charles Gramlich has an M.A. and PhD in Experimental Psychology. He is an ex-member of REHupa, the Robert E. Howard United Press Association, and is an Editor of The Dark Man, the Journal of Robert E. Howard Studies. Written under the pen name, Tyler Boone, his recent western novel, The Scarred One, has garnered solid five-star Amazon reviews.