WESTERN NOVELS—SPUR TO THE SMOKE 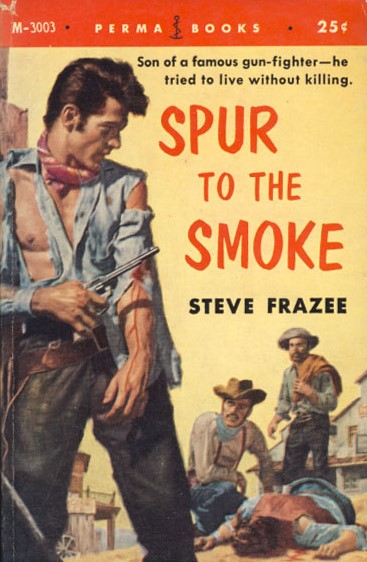 More action here than in a typical Frazee title, with young Lee Vale refusing to become an aggressive blowhard like his father, Roderick, boss of the Black Diamond ranch. 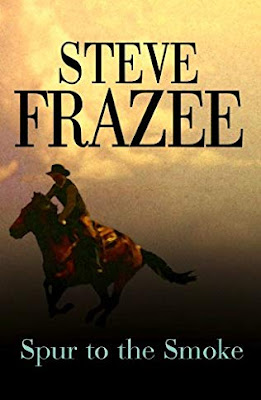 When folks around the town of Kebler hatch a plan to take over some of Vale’s prime grazing land, they turn to the guidance of a whacked out preacher, who assures them of their divine right. Only clear-headed Lee can save the day, but he’s tired of covering his dad’s ass.

Frazee takes his time setting up all the characters involved in the plot. In fact, I think the story would’ve been better with a few less hangers-on. Still, once I got into it, I liked the book a tad more than the previous Frazee I read, Utah Hell Guns. In Spur To The Smoke, the friction between father and son was kept hot until the finale, and the romantic interludes for our young hero were more complex and pronounced—if not overly integral to the plot.