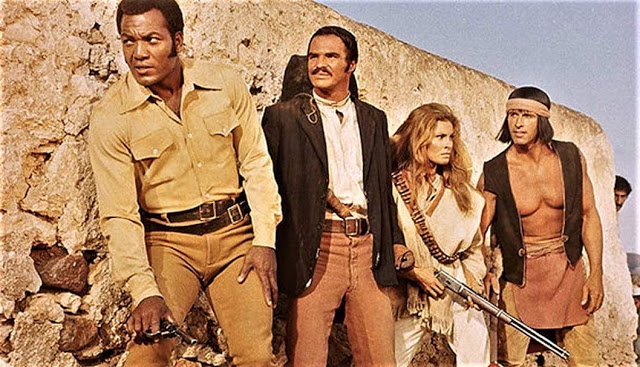 Burt Reynolds is a half-breed Yaqui Indian who uses the funds from a bank robbery to buy rifles for his people. Jim Brown is the lawman sent to bring him back over the Mexican border. And Raquel Welch is a firebrand revolutionary seeking revenge for the hanging of her father. Fernando Lamas is the sadistic federale general who chases them all over the desert to get the titular rifles back. 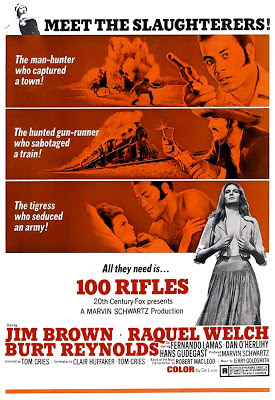 An okay western shot in Spain that should have been better given its pedigree. Directed by Tom Gries but far inferior to his previous western Will Penny (1967) with a screenplay by veteran western writer Clair Huffaker. It's fun enough but the attempt to create a bromance between Reynolds and Brown falls flat. Much was made at the time of the interracial sex scene between Brown Welch (rating the cover of Life magazine which even seemed odd at the time for a quick-play actioner) but it's just the typical obligatory montage that appeared in every exploitation flick once the ratings system was in place. 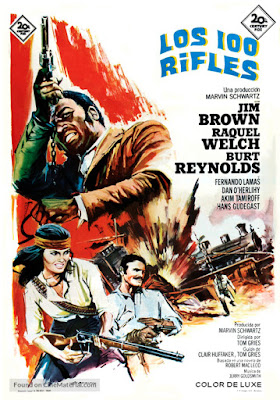 There's loads of violent action, but much it falls flat as the scenes lack any real cohesion, suspense or sense of rising action. They're each shot Grand Guignol style. A machete to the head here. A bullet to the guts here.

Trivia Note: John Wayne's most frequent standin was brought in to double for Brown but would have to do it in a wig and blackface. Reynolds objected and refused to work unless they found a black stuntman which the studio made Burt pay for. 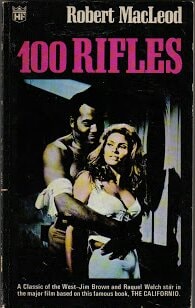 Further Trivia Note: Prolific Western wordslinger Robert Macleod wrote The Californio on which the movie 100 Rifles was based. The above British tie-in edition is hard to find, especially as there does not appear to be an American edition.