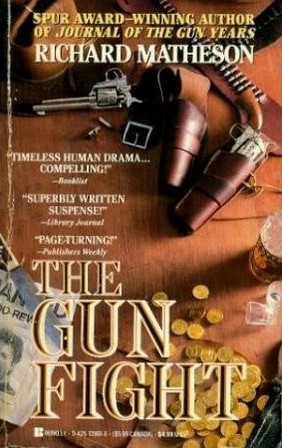 FORGE (2009)
Richard Matheson’s story of a law man wrongly, and innocently—at first—accused of misconduct with a local girl takes off well. During a three day span, rumors about ex-Texas Ranger John Benton and sixteen year old Louisa Harper go from school girl fantasy to idle town gossip to outright accusations. Robby Cole, Louisa’s boyfriend, knows he must defend his woman’s honor. Under the psychotic manipulations of his father, Robby is forced into a gun fight with the older lawman, a mismatch he can’t hope to win.

Robby challenges Benton. Benton thinks the situation is ludicrous, that reason will prevail. At the urging of the local preacher, he agrees to talk to the kids’ parents. After being rebuffed by Louisa’s mother and Robby’s father, he blows the whole thing off. Staying on his ranch, he ignores the nonsense in town. Of course, everyone believes the worst. 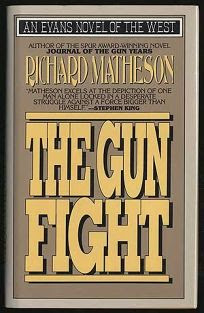 Louisa admits nothing happened between her and Benton, it’s all been an elaborate fairy tale, but too late. The grown-ups want blood. In a last ditch effort, Robby tries to bow out, but his father forces the confrontation.

Up until this point, the story reads much like Matheson’s 1955 short story, Too Proud to Die, but with more characters and a little less introspection from our hero. That’s when the older, more seasoned writer sets a new course and makes new inroads into what’s gone before with another satisfying conclusion.

It was basically by chance that I got to see the same story by the same author play out two different ways—a rare treat. Someone could probably run a personality profile on you by which story you prefer, but they both have an abundance of character development and deal with real life societal themes we have yet to resolve.