WESTERN NOVELS—SHADOW OF A STAR 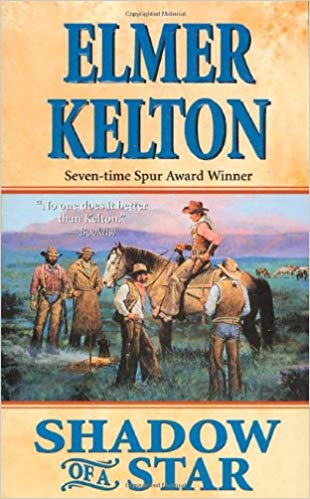 Elmer Kelton (1926–2009) was a prolific writer, editor, and eight-time Spur Award-Winner for western fiction. An impressive number, eclipsed by a bounty of additional accolades including an Owen Wister Award, honorary doctorates from at least two Universities, a lifetime achievement award from the National Cowboy Symposium, and many more.


Kelton is responsible for more than forty novels, and at least two genre classics—The Time it Never Rained, and The Day the Cowboys Quit. He wrote for television (Maverick and Colt .45) and his book The Good Old Boys was adapted for the small screen in 1995.

Kelton’s fourth novel, Shadow of a Star (1959), grabs the reader from the git-go. Page one puts us in Coldridge County, Texas, where owlhoots Dencil Fox and his brother Buster watch fellow bank-robber Curly Jack die from a gunshot wound. The deadly slug, inflicted during the gang’s last attempted heist is almost certainly the result of Buster’s own trigger-happy ways.

Leaving the boys to bury their dead, Kelton spirits us off to the town of Swallowfork and young deputy Jim-Bob McClain’s eager point-of-view. He’s equally ambitious as the villainous Buster, but in the opposite direction. Recklessly determined to become a lawman worthy to follow in his late father’s footsteps, he takes more than a couple cringe-worthy missteps. 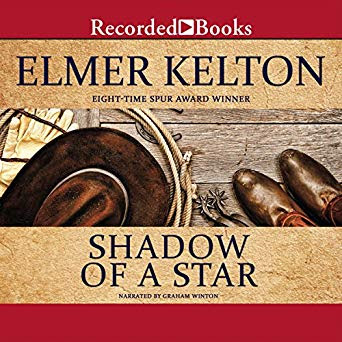 For a few chapters, we follow Jim-Bob through his duties with sheriff Mont Naylor, watching the button goof-up at everything from his first encounter with a desperate cattle rustler to a couple of awkward encounters with the opposite sex. In spite of it all, Jim-Bob’s a likeable guy, which is a nod to Kelton’s deft storytelling.Before long, the Fox gang makes the scene, and the tension starts to mount. When Mont Naylor is nailed in a fast gun back and forth with Buster, Jim-Bob takes center stage—in town and in the story.

The plot is simple, the characterizations complex. There’s even an undercurrent of legal philosophy as Jim-Bob struggles with some life or death decisions only he can make. The good news is Kelton never foregoes action for pedantic speechifyn’ and Shadow of a Star lopes right along to a climax  as nerve-wracking as it is ultimately satisfying. A highly recommended look at one of Kelton’s early works.