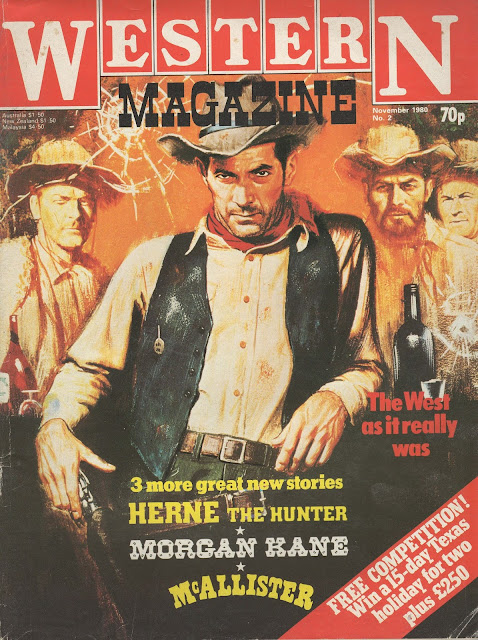 WESTERN
FANZINES/MAGAZINES
An earlier post on the Sixgun Western Podcast blog introduced Western fans to the amazing current Western fanzine Hot Lead. Copies of hot lead are available on Amazon and continue to be published on an irregular basis (thus the term fanzine despite Hot Lead’s otherwise amazingly professional publication). However, there have been other Western fanzines of note. In October 1980, the slick size Western Magazine debut in the British newsagents and the first Western genre information magazine was born. Western Magazine’s consultants Mike Stotter and David Whitehead along with editor Dennis Winston formed a formidable trio of Western fans determine to produce the kind of genre magazine they themselves would want to read. 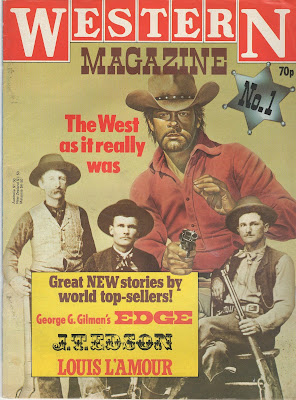 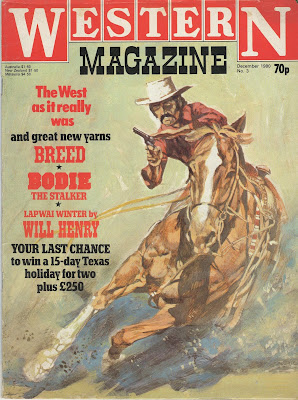 Today, longtime school friends Whitehead (aka: Ben Bridges) and Stotter are bestselling Western writers. They are also the dynamic duo behind Piccadilly Publishing, which has given new life in ebook form some of the most popular and best-loved Western and action-adventure series fiction of the last forty years. But in 1980, as struggling writers, they idolized the group of British writers known as The Piccadilly Cowboys. These hard living wordslingers had introduced new life into the staid Western genre with ultra-violent stories of six-gun justice and unrepentant anti-heroes. Western Magazine was a vehicle to unite the vast audience of Western fans by providing a monthly wealth of related Western articles and reviews—and exclusive stories from the most popular Western series of the day. 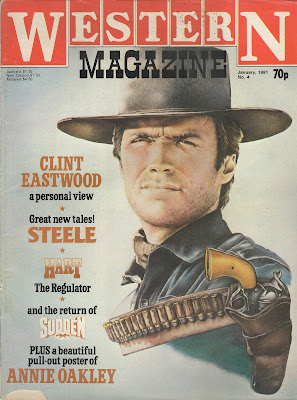 Each issue of Western Magazine included short stories from the mega-popular Western writers of such Western series as Edge, Herne the Hunter, Morgan Kane, Breed, Bodie the Stalker, Steele, Hart the Regulator, and Sudden, but there were also many non-fiction articles featuring the guns of the West, bloodthirsty Indian tribes, real-life desperados, and overviews of other popular characters in Western fiction. There was even a beautiful pull-out poster of Annie Oakley for those who found Playboy centerfolds too tame.

Unfortunately, starting a new magazine of any kind is an exercise in tilting at windmills. Western Magazine was no exception and bit the dust at High Noon on Main Street after only four issues. But those four issues are a gold strike of Western lore. Copies of Western Magazine occasionally show up on e-Bay, but prices can range from reasonable to ridiculous. 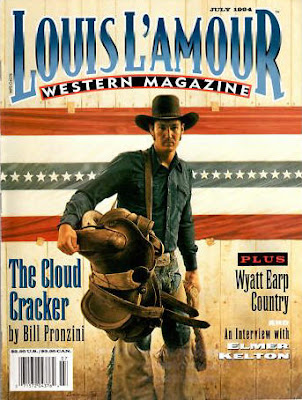 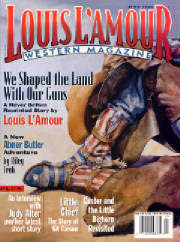 LOUIS L'AMOUR
WESTERN MAGAZINE
March 1994—January 1996
Issues: 12
Publisher: Dell Magazines
Editor: Elana Lore
Format: Slick
Price: $2.95
Page Counts: 104pp
Frequency: Bi-Monthly
Louis L'Amour Western Magazine lasted for only 12 issues with only one containing a story by L'Amour (July 1995 issue.) There is also a very scarce special advance preview copy, distributed in November 1993, as a gift to members of the Western Writers of America. This advance preview copy does not contain the interview with John Jakes found in the regular premiere edition. The cover, inside layout, advertisements and page numbering was also a bit different. 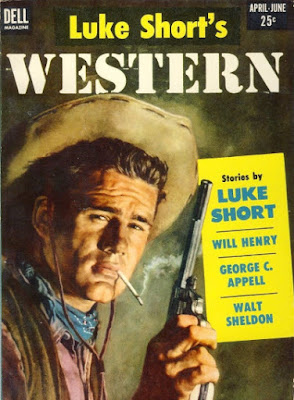 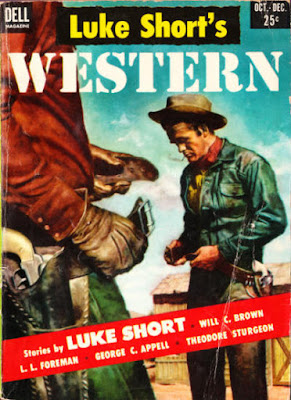 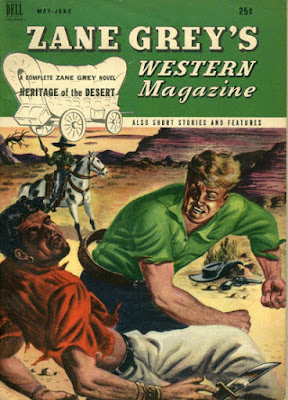 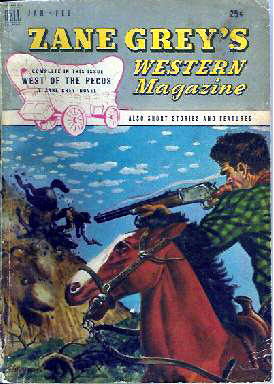 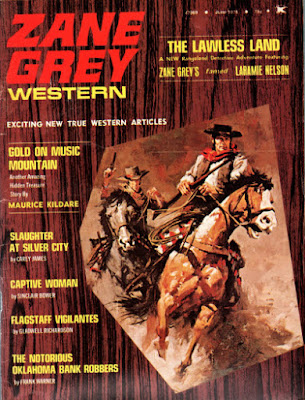 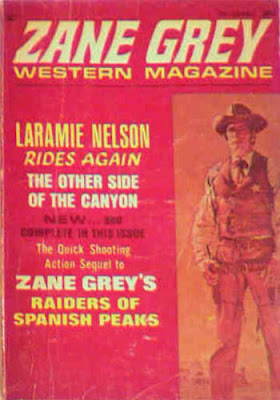