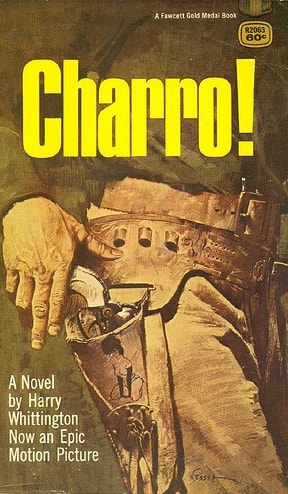 WESTERN NOVELS
CHARRO!
Harry Whittington's novelization of the Elvis Presley movie Charro! is among his best work in the Western genre. Interestingly, the cover blurb calls the book a novel, not a novelization—a subtle, but deceptive difference. Only Whittington’s name appears on front cover, perpetuating the deception of a novel. On the title page, small print indicates the book is based on a story by Frederick Louis Fox. This type of treatment was very unusual for a novelization—presenting it as if the movie was based on the book instead of the other way around. 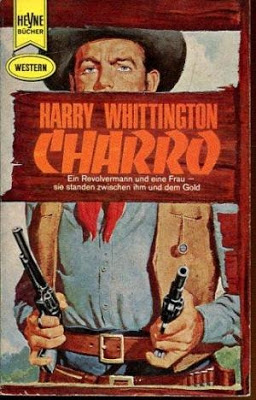 There is also another related oddity…Charro! is the novelization of an Elvis Presley movie. This should have been considered a huge marketing coup. But if so, why is there no tie-in photo of Elvis in his role as Charro on the cover? Why is there no mention of it being an Elvis movie—not even on the back cover? Inquiring minds want to know.

Perhaps there were contractual issues regarding the use of Elvis’ image. Maybe there was a dispute between the publisher and the movie studio over the novelization. Or possibly the book was so much better than the final shooting script, it became an embarrassment to the director/screenwriter of the movie. 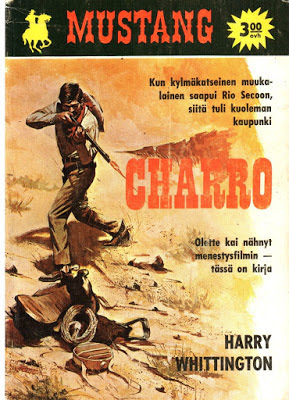 There is also a chance the situation ensued because Whittington put the original sex and violence from the treatment back into the novelization. This, as stated, didn’t mesh with the director’s puritanical standards, which had originally caused the sex and violence to be removed from the treatment. Whatever the reason, Charro! is a less than inspired movie. It is, however, an inspired example of a genre Western, a novelization, Harry Whittington’s writing chops. 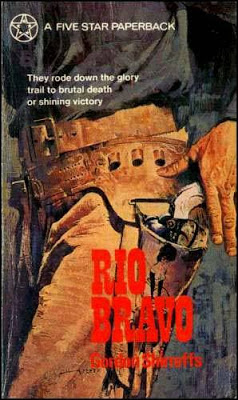 What makes this particular cover exceptional is the addition of the illustrated dancehall girl on the holster. The first time I saw the cover, I thought the dancehall girl was an aftermarket doodle. But it is an example of Lesser’s gift of artistic genius—He gleaned the detail of the dancehall girl on the holster from the novel, then added it as a unique touch. The illustration was also reused on the British paperback edition of Rio Bravo by Gordon Shirreffs (not to be confused with the movie of the same name). It's also interesting to note that the Ron Lessor cover illustration also shows up on one of the movie's promotional posters. It was also used on a number of foreign editions. 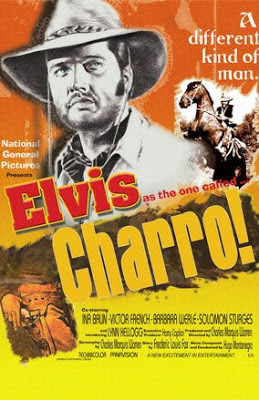 To take timely advantage of a movie’s initial release, many novelizations are written based only on a brief script outline known as a treatment. As a novelization’s author is rarely privy to the full elements of characterization, mood, and tone of a finished film, a novelization can be substantially different. The best novelization writers rely on their own imagination to flesh out motivations, plot points, and even create new characters in order to produce a coherent story. In the hands of a top pro like Whittington, the novelization can become a special entity all its own—as with Charro!

Charro! is an excellent novel based on a bad film. Whittington developed his story from a film treatment entitled Come Hell, Come Sundown by Frederick Louis Fox. The title for the film was later changed to Charro!—An odd choice since charro is a term applied to Mexican horseman, particularly those who participate in rodeos. As the character of Charro (portrayed in the movie by Elvis) is neither Mexican nor a horseman, and there is nary a rodeo in sight, it is nothing more than a cool moniker. 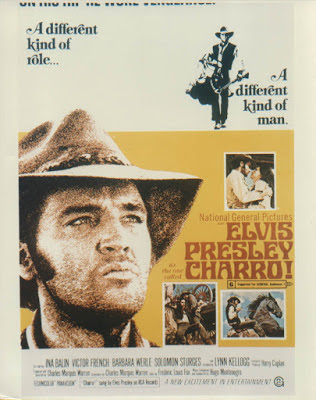 Fox’s original treatment, Come Hell, Come Sundown, contained many violent and sexually related scenes. The director of the movie deemed these too objectionable and excised them from the final script. Whittington didn’t have any such proclivities, putting all the sex and violence back in when he wrote the novelization, making his book much better than the film on which it is based.

The conflict at the heart of Charro! revolves around a gold-plated Mexican cannon belonging to Emperor Maximilian, which has been stolen by an outlaw band. The Mexican army, various Mexican thugs, and bounty hunter Jess Wade are after the $2,000 reward for the return of the cannon. As the story progresses, the outlaws want to ransom the cannon back to the town from where it was stolen. By this time they have trapped Wade into working with them as they use the cannon to terrorize the town into capitulation. Tension and violence soak Whittington’s take on the story, written with the lean muscular prose for which he was renown.