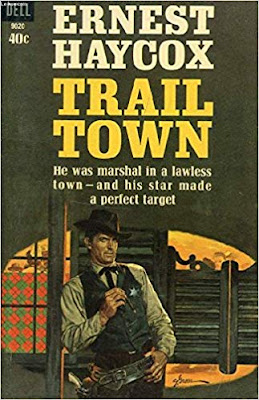 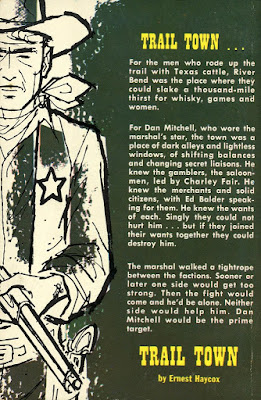 Trail Town, a popular 1941 novel by Ernest Haycox was adapted at least two different times. Once for the screen as Abilene Town, and once for the comics as Western Marshall. The screen version came first, in 1946 from United Artists, starring Randolph Scott, directed by Edwin L. Marin, and produced by Herbert Biberman. The comic adaptation was published by Dell’s Four Color Comics in 1953. 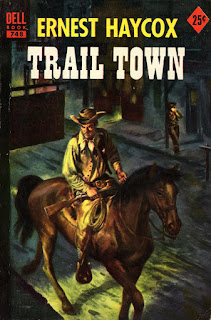 In his book, Shooting Scripts: From Pulp Western to Film, Bob Herzberg makes the case that Abilene Town suffered from producer Biberman’s leftist leanings. He offers a good synopsis of the movie and a fair critique of the damage done to Haycox’s original story. I agree with some of his conclusions, but I think Herzberg puts too much emphasis on potential socialist motivations. Just plain bad casting, weak writing and misguided concepts undermine the story well enough all by themselves.

Randolph Scott is one of my favorite cowboy actors. Given a better cast to work with, he might have pulled off a more convincing portrayal. As it is, he seems ill at ease in the role and not nearly as tough as the protagonist, Dan Mitchell, needs to be. Rhonda Fleming plays Sherry Green. The character is no longer the wife of prosecuting attorney Ford Green as she had been in the book. Instead, she is now the daughter of merchant Ed Balder. She’s petulant and whiney, and where Haycox eventually puts Dan and Sherry together, the movie ends with her in the arms of homesteader Henry Dreiser (Lloyd Bridges) instead. 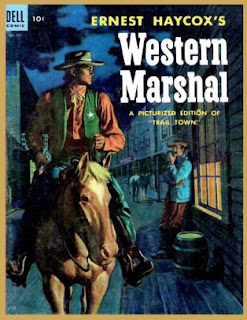 Ford Green, an important main character in the book, doesn’t show in the film. Just the opposite of the book, Henry’s first love is Rita, a hardluck girl of the streets who ends up with Dan’s friend Tom Leathers—another no show in the adaptation. Here we meet Rita as an older, wise cracking—and kicking—saloon girl (Ann Dvorak) belting out Big Band songs and ending up in the arms of Mitchell, who literally ties an apron about her waist.

The character of Dan Mitchell fared better with Dell’s Four Color Comics (FCC) in 1953. Beginning with Western Marshall (FCC #534), Dell’s official adaptation of Trial Town, the character again found his edge and the complex cow-town scenario of the novel. All the important characters are back and the action is accurately rendered by Everett Raymond Kinstler.

The comic book and Dell paperback edition of Trail Town offer similar covers, both nicely reflecting the atmosphere of a story not yet seen faithfully rendered on screen. Dan Mitchell appeared again in FCC #591 and FCC #613, but I’ve yet to discover if these were based on short stories by Haycox. 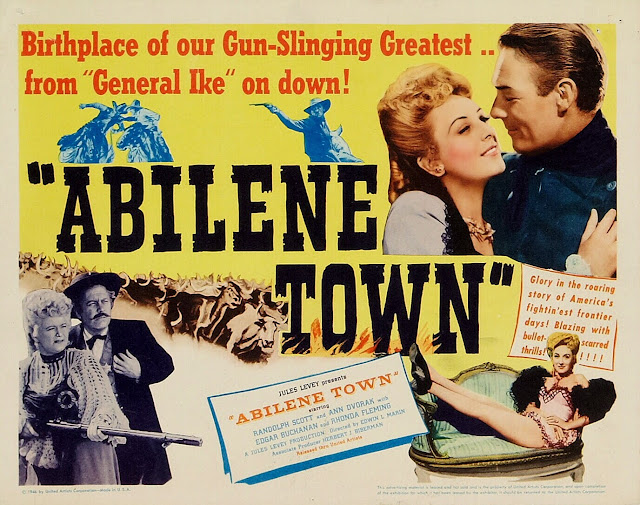 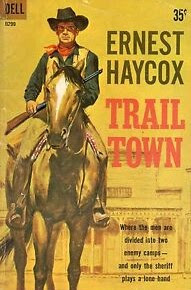 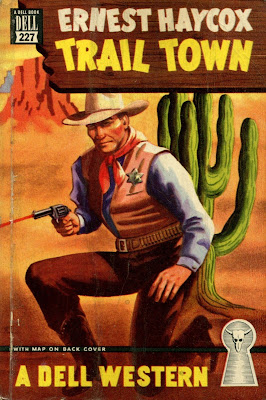 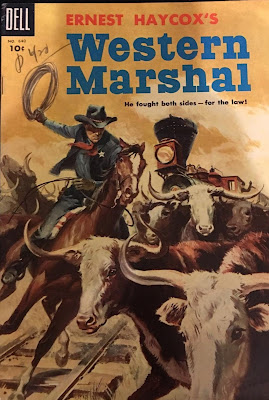 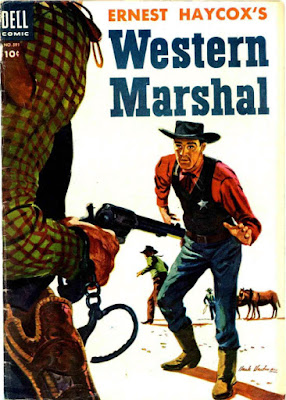 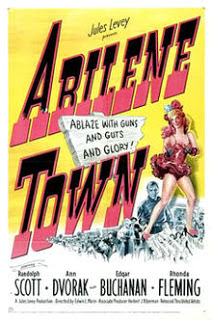 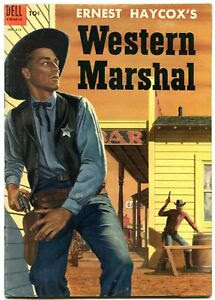