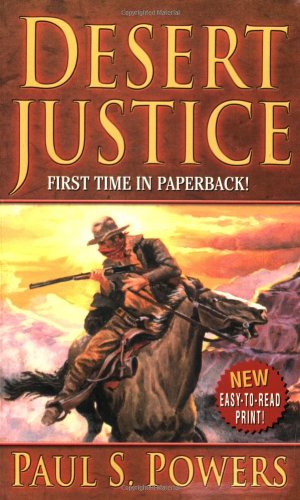 WESTERN PULP
ON THE PULP FICTION TRAIL WITH
PAUL S. POWERS
Laurie Powers didn’t know her grandfather, Paul S. Powers, had been a prolific pulp fiction writer until 1999 when an internet search on pen name Ward M. Stevens led her down a trail of discovery.

For fifteen years, his popular characters Kid Wolf and Sonny Tabor pounded through the blood and thunder-filled pages of Wild West Weekly, thrilling readers across the nation, and setting the stage for Powers’ 1949 novel from Macmillan, Doc Dillahay.

Doc Dillahay was released as a Bantam paperback as Six-Gun Doctor.

In 2007 came Pulp Writer: Twenty Years in the American Grub Street, a never-before seen memoir penned by Paul S. Powers, edited and with additional material by his grand-daughter. 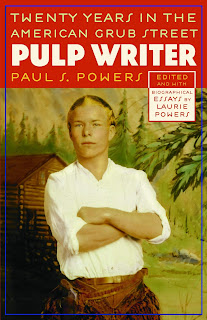 It’s a splendid package put together by the University of Nebraska’s Bison Press, full of behind the scenes family anecdotes that also shares Laurie’s roundabout journey as she reconnects with living family members and their shared literary legacy.

Together, Desert Justice and Pulp Writer not only paint a portrait of western short fiction at the zenith of its popularity, but also offer a look behind the yellowed pages at one creator’s hardscrabble life.

What they don’t offer is an over-abundance of Paul’s fiction.

Enter Altus Press with Riding the Pulp Trail, a 2011 collection of six old Powers tales from the pulps, packaged together with six new tales never before published, and written after Wild West Weekly closed up shop. A fascinating collection for western fans, these tales span a number of years that saw popular tastes change dramatically. 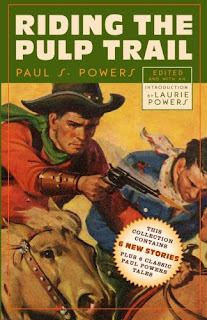 Heroes went from clean-cut white hat-wearing paper cutouts to dimensional characters of complexity and grit. Life moved on, and Powers rolled with it, infusing his unique brand of humor, action, and characterization into stories that continued to entertain for decades to come, and—with this collection—well into the 21st century.

Altus followed up with more Powers in 2013, collecting his Weird Tales and noir stories under the title, Hidden Ghosts.

Meanwhile, inspired by the work she’d done, and with a continuing love for the pulps, Laurie Powers recently penned Queen of the Pulps, a biography about Daisy Bacon, editor of Street & Smith’s Love Story Magazine. All highly recommended.