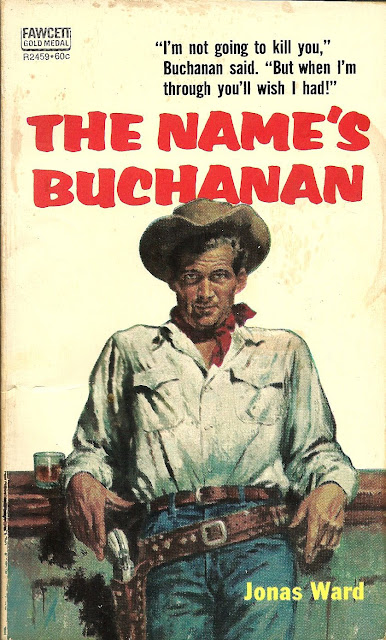 THE NAME’S BUCHANAN
Drifting back across the Mexican border into Texas, the disillusioned Buchanan (his first name, Tom, is rarely used) is happy to be home. He’s returning after two years of violence working as a hired gun for a man he thought was an idealistic revolutionary, but who turned out to be as corrupt as the brutal forces of the Mexican government they were fighting against. 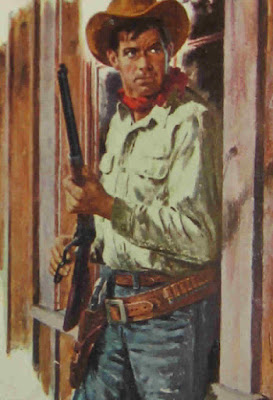 All Buchanan wants is a soft bed and a good steak. What he gets is a border town full of trouble—gun trouble. On the trail to the town of Agrytown, run roughshod by the backstabbing Agry family, Buchanan rescues a young girl who has been raped and left for dead.

Restoring the girl to her family, he finds himself swept up into the middle of a violent clash between two powerful dynasties, one on either side of the U.S./Mexican border. Trying to do the right thing, Buchanan has to rely on his fists and his guns to save the victim’s hell-bent on revenge brother, who has provoked the wrath of the deadly Agrys. 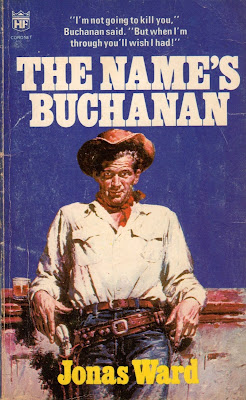 The classic Western anti-hero—a man with a troubled past trying to maintain his dented code of ethics by never turning away from an underdog who needs help—Buchanan won’t sell his guns for any price, will never shoot a man in the back, and will never cheat or be in debt to anyone. 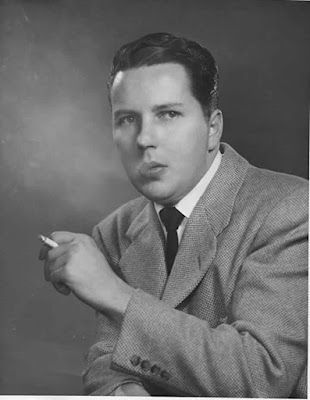 The Name’s Buchanan is essentially a six-guns and spurs rewrite of Ard’s powerful crime novel Hell Is a City. Ard wrote five Buchanan Westerns in the same hardboiled-tinged style. He was working on a sixth when he died of cancer at the age of thirty-seven in 1960. Buchanan, however, survived the death of his creator, with other writers commissioned to keep the series going. 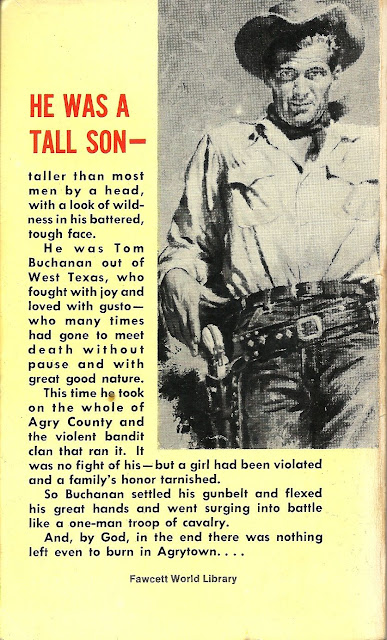 The tall, powerful, Western loner known as Buchanan was the original Jack Reacher. Ard plunks his hero down into the middle of violence and trouble—range wars, town takeovers, land grabs, or any other situation quickly leading to gunplay and a chance for Buchanan to unleash his boulder-sized fists.

There is always an abundance of shapely widows, daughters and dancehall girls to keep Buchanan from getting bored. The mean streets of the city have been replaced by dusty main streets, and the private eye by the itinerant gunslinger, but the code of the white knight remains the same. 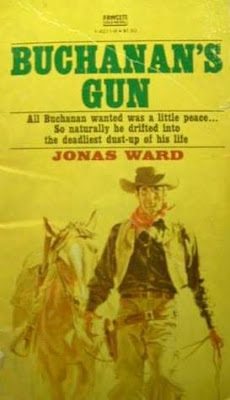 Using the Jonas Ward pseudonym, two distinguished novelists contributed books to the Buchanan series during the early days of their careers. Science fiction stalwart Robert Silverberg competed the sixth book in the series—the manuscript Ard was working on when he died—Buchanan on the Prod. Thriller writer Brian Garfield, of Death Wish fame, wrote the seventh book in the series, Buchanan’s Gun. Well-known Western writer William R. Cox would then take over the series for sixteen more Buchanan adventures before the series ended in 1984. 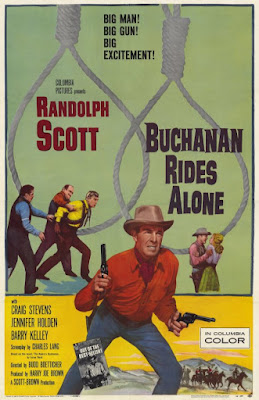 In the movie Buchanan Rides Alone (1958), which was based on The Name’s Buchanan, Randolph Scott is perfectly cast as the hero—rugged, yet laconic. The movie marked the first of a seven-film collaboration between Scott, director Budd Boetticher, producer Harry Joe Brown, and screenwriter Burt Kennedy. This first film is not technically part of what is referred to as the Ranown Cycle as it was produced by a studio, However, it is always included as it was the start of their amazing partnership.


BUY A COPY OF THE NAME'S
BUCHANAN CLICK HERE 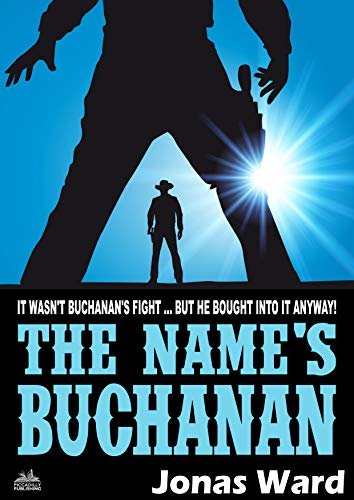