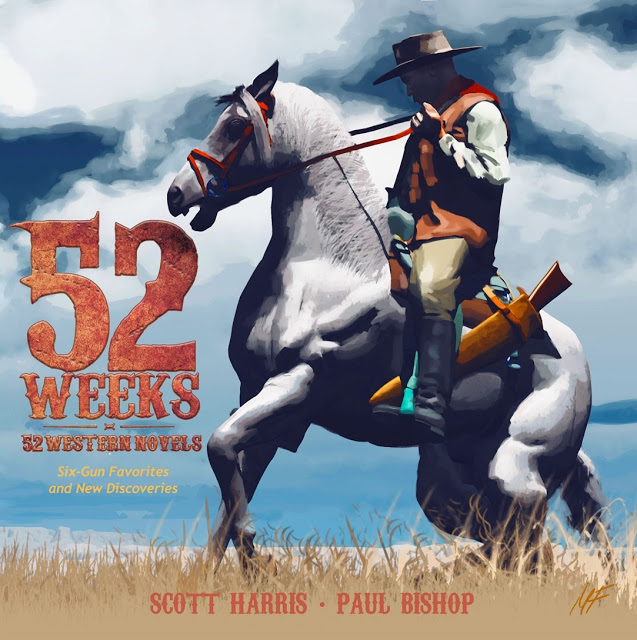 Because of the variety of individual reminiscences about what the included Western novels, movies, and TV shows meant personally to the wide range of owlhoots who rode the trail with us, we believe these compilations are unique and stand out from other Western reference works. 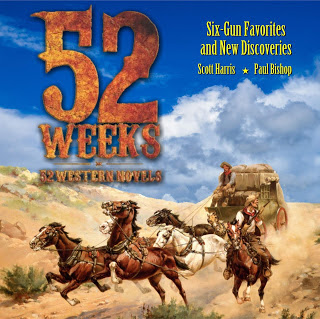 The Wild West is uniquely American. It is a legend brought to life in sagas of blazing six-gun justice in wide-open towns and across vast ranges. 52 Weeks • 52 Western Novels is a fun guide to some of the best of these Western tales. Step into the Wild West, ride dusty trails, slap leather with outlaws, and get ready to battle Indians and the elements--all from the comfort of your favorite reading spot. 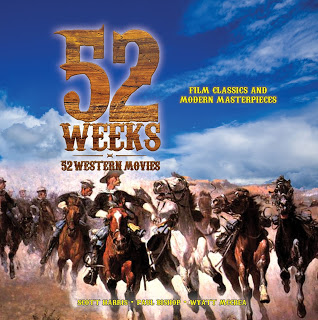 The Wild West of the silver screen is indelibly embedded in the soul of America. From silent movies to singing cowboys, from Saturday morning matinee serials to the tension of High Noon and 3:10 to Yuma, from John Wayne to Joel McCrea to Audie Murphy to Randolph Scott to Glenn Ford and so many others, from The Searchers to The Professionals to The Magnificent Sevens to the True Grits to The Good, The Bad and the Ugly to The Unforgiven to Dances With Wolves and other horse opera Oscar winners-- the Western has done it all. 52 Weeks • 52 Western Movies is a fun guide to classics of the genre and overlooked gems deserving of wider recognition. So grab your boots and saddles, and posse up with us to ride across celluloid landscapes and open ranges West of the imagination. 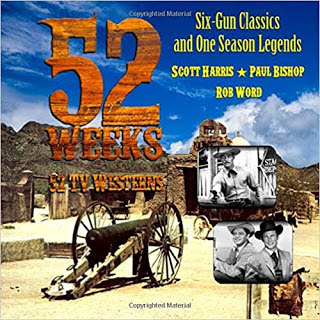 For three decades Westerns dominated American television, so much so it was sometimes tough to find any non-Western programming on the three major networks—ABC, CBS, and NBC. There were breakout shows such as Gunsmoke, Wagon Train, Bonanza, the Virginian, and others we remember fondly. Dad, mom, and kids alike, gathered together around televisions across the country and welcomed lawmen, drifting cowboys, fictionalized versions of Wild West icons into our homes as if they were family. There were also breakout stars like Steve McQueen, Richard Boone, Chuck Conners, James Garner, and James Arness who wore their six-guns and cowboy hats, and rode their horses down dusty trails to superstardom. 52 Weeks • 52 TV Westerns is a fun guide designed to renew our acquaintance with the classics Western shows we loved. The spotlight also falls on Western series gems we might have missed, but can now track down on cable channels devoted to classic Westerns, or binge watch on DVD. So saddle up, and as Steve McQueen in his role of bounty hunter Josh Randall in Wanted: Dead or Alive repeatedly said, “Let's go...”
By Sixgun Justice at December 25, 2019