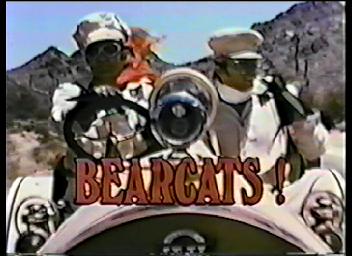 TV WESTERNS
BEARCATS!
For thirteen episodes plus a two-hour pilot film (Powderkeg), the short-lived Bearcats! (complete with stylish exclamation point), owed more than a little to two sources—the 1966 movie The Professionals and the Fargo series of Western adventure novels by John Benteen (aka Ben Haas). Set in 1914, Bearcats! followed two freelance adventurers, Hank Brackett (Rod Taylor) and Johnny Reach (Dennis Cole), whose claim to fame as they traveled around the southwestern U.S. was their Stutz Bearcat sports car, which they rode instead of horses.

They even occasionally removed the tires and took to the railroad tracks on the car’s rims. In return for a blank check, they took on assignments too dangerous for anyone else to attempt. If you could put a monetary price on your problem, you had to find somebody of lesser talents to handle your dirty work.

Bearcats! was Rod Taylor's second attempt at a weekly television series. He fought often and aggressively with the network executives regarding the direction of the show and over censorship. Taylor wanted to make the show standout as different from other Westerns or modern detective shows. 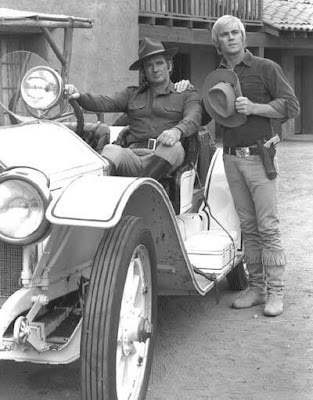 Originally a model and stuntman, Dennis Cole got his first big acting break in 1966, when he was cast as one of the detectives on Felony Squad, which starred Howard Duff. He went on to co-star in Bearcats! and then continue to make appearances in numerous television series as well as low budget films.

The presence of the Stutz Bearcat makes it clear the show’s early 20th-century setting was going to add other elements to the traditional Wild West tropes. Greedy oil companies replace greedy land barons; Imperial German spies and the specter of World War I replace the range wars over water and grass rights; Mexican revolutionaries stand in for Apaches and other warrior tribes; and belt-fed machine guns spew bullets far faster than Winchester repeating rifles. 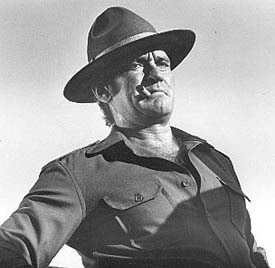 A former Army captain and a veteran of the Spanish-American War in the Philippines, Hank Brackett uses his battlefield skills as a Wild West trouble shooter. When Brackett saves the young Johnny Reach from unjustly being lynched as a cattle rustler, the pair . must clean up a couple of corrupt border towns in self-defense. Finding they work well together, they set out in their Stutz Bearcat searching for well-paid adventure. Brackett wears his cavalry uniform and campaign hat as stylishly as Lee Marvin does in The Professionals, or Fargo within the pages of his fictional adventures. The Stutz Bearcat is very cool, and as much a character of the show as the two acting leads.

While interesting, the mix of burgeoning technology and societal changes encroaching on the Wild West is, unfortunately, filled with unnecessary and jarring anachronisms. In every episode these incidents popped up, such as tanks and bi-planes not yet invented, or not yet part of the American landscape. 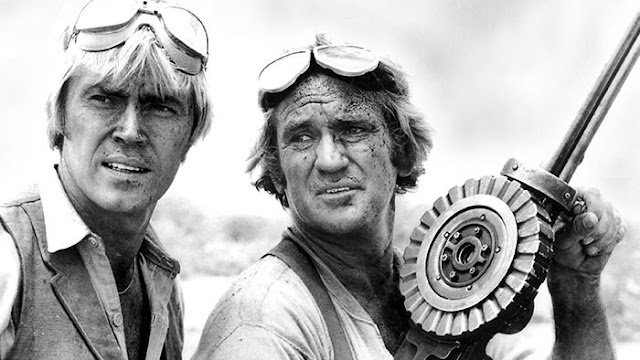 Ultimately, the show was all about the Stutz...Hollywood car guru George Barris created two replica 1914 Bearcats for the series. The cars cost $13,000 each, which was impressive since at the time a new Corvette cost about $5,000. The cars were full scale, metal bodied replicas mounted on custom frames and powered by Ford engines and transmissions. For safety, they featured four wheel brakes, which were not on the original Bearcats. One of the show cars was eventually purchased and restored by John Boyle and resides in his extensive collection.

CONTRIBUTED BY: PAUL BISHOP
By Sixgun Justice at March 11, 2020 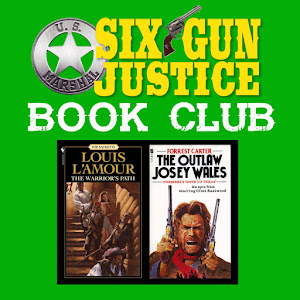