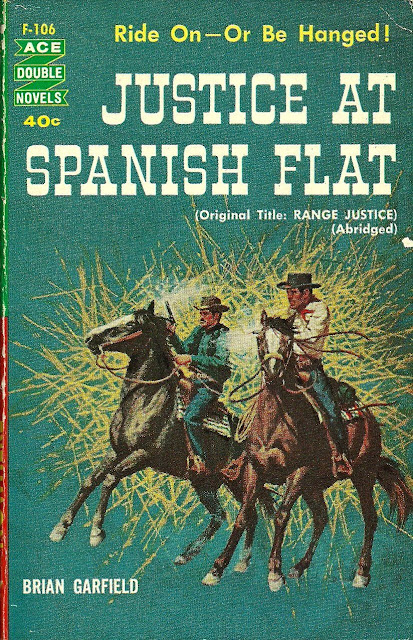 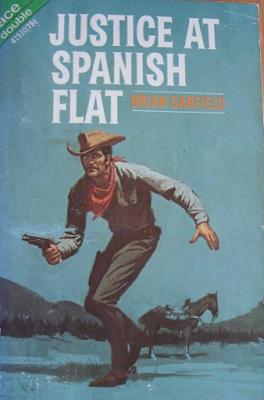 There’s a lot to like about Garfield’s simple story. Chainlink Ranch foreman Tracy Chavis sets out with ranch owner Jim Boyce to sell a herd of cattle. Mission accomplished and money in hand, the two are ambushed. Boyce is killed. Rather than go home with his tail between his legs, Chavis stays on the prod and earns back every nickel, picking up a fast gun reputation along the way. When he comes back to Chainlink, Chavis finds Jim’s daughter Connie literally in the middle of a range war between Ben Majors and Sid Vivian.

Garfield excels when showing us the savvy methods Chavis uses to pull together a group of allies in battle to save the Boyce property, and is at his best in heart-stopping action scenes outside the town of Spanish Flats.

Chavis is a tough-as-nails moral paragon. Majors and Vivian, irredeemable. Connie’s naturally too big for her britches. The rest of the crew are more complex, and it’s a joy to watch Garfield’s well drawn ensemble of characters interact and grow during the course of events. The book’s wrap up is a foregone conclusion, but the rock solid narrative keeps the pages turning straight to the end.

Written a decade before the revisionist Sliphammer (CLICK HERE), Range War and its abridged ACE Double version, Justice at Spanish Flat, set the tone for at least eight more Garfield westerns also set in Spanish Flat. A tip of the Stetson to blogger Cullen Gallagher for unearthing: Mr. Sixgun (1964), The Night it Rained Bullets (1965), The Bravos (1966), The Proud Riders (1967), A Badge for a Badman (1967), Brand of the Gun (1968), Gundown (1969) and Big Country, Big Men (1969)