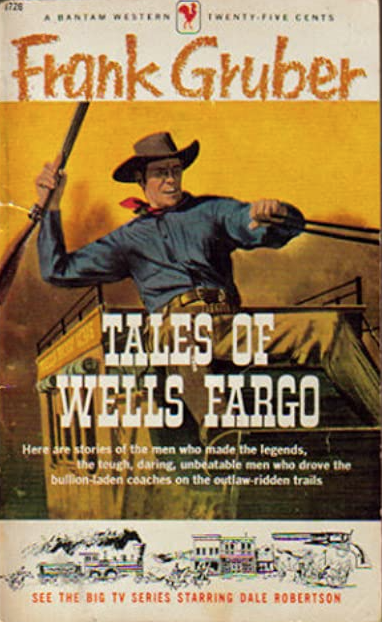 WESTERN TIE-INS
TALES OF WELLS FARGO
FRANK GRUBER
Wells Fargo & Company was put together in 1852 by Henry Wells and William G. Fargo. Initially offering express and banking services to the expanding frontier, the company gained control of the Butterfield Overland Mail Company and operated the western end of the Pony Express. In 1866, Wells Fargo acquired the Holladay and Overland Mail stage lines and in 1872 gained rights to operate an express service over the Transcontinental Railroad. It was while the company was at the peak of its powers and influence that Fred Dodge worked for them as an undercover agent. He kept a daily diary of his life—27 volumes total—work inspiring at least two books, The Life and Times of Wyatt Earp and Undercover for Wells Fargo. 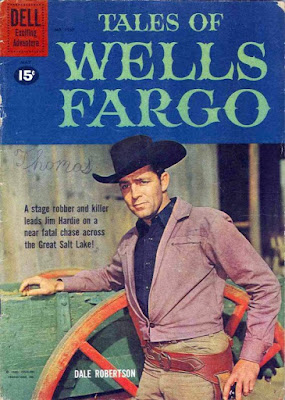 In 1957, NBC roped the second book as a basis for an episode of the Schlitz Playhouse of Stars, and Tales of Wells Fargo shot from the gate with Dale Robertson—the left-handed gun—In the saddle. For 201 hard-pounding episodes, Robertson played Jim Hardie, troubleshooter and company detective, a canny fella who often used subterfuge and trickery to root out the bad guys.

Created by James Brooks, Gene Reynolds and acclaimed scribe Frank Gruber, the show spawned a number of books including a Whitman tie-in by Sam Allison called Wells Fargo and Danger Station, and a Golden Press juvenile book, Danger at Dry Creek by Irving Wernstein. The series also spun off a run of Dell Comics—some illustrated by Russ Heath who was best known for his DC Comics war books and Playboy’s Little Annie Fanny. 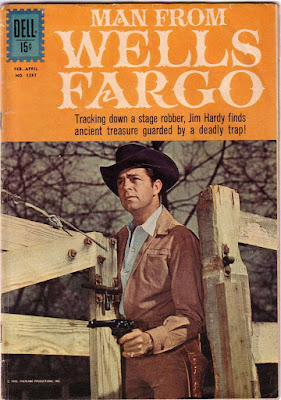 The best of the books was a paperback collection of eight stories by Frank Gruber. Called a writer’s writer, Gruber wrote more than 300 western and detective stories for the pulps, sixty novels, sixty-five screenplays, and a hundred television scripts. Along with Tales of Wells Fargo, he had a hand in creating two more classic Western series, The Texan and Shotgun Slade.

Gruber might be best known by his compadres of the pen for his assertion that all Westerns employ one of seven plots:

4. REVENGE STORY—The plot often involves an elaborate chase and pursuit by a wronged individual, but it may also include elements of the classic mystery story.

5. CAVALRY AND INDIAN STORY—The plot revolves around "taming" the wilderness for white settlers.

7. MARSHAL STORY. The lawman and his challenges drive the plot. 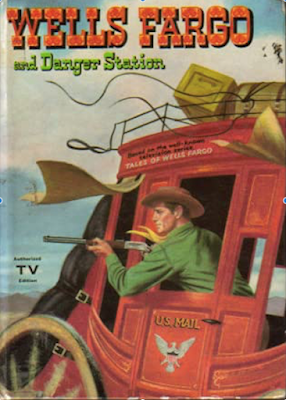 In Bantam’s Tales of Wells Fargo (1958) readers can enjoy Gruber’s own adaptations of his original teleplays. For my money, Billy the Kid, Belle Starr, The Vigilantes, and The Glory Hole are the best of the collection. Comparing the narrative with the episodes as broadcast, it’s clear Gruber takes liberties with his own work that he doesn’t take with others. The teleplays for Sam Bass, John Wesley Hardin, and The Auction were written by Steve Fisher, while Doc Bell is from an original story and teleplay by William Leicester. They’re solid entries, but Gruber is keen to keep tight rein on the original script.

Grounded with more history than most Westerns of the era, and helmed by an accomplished writer, Tales From Wells Fargo is worth a few bucks if you find it lingering on a paperback shelf, just as the show is worth a viewing if you’re flipping through the channels. 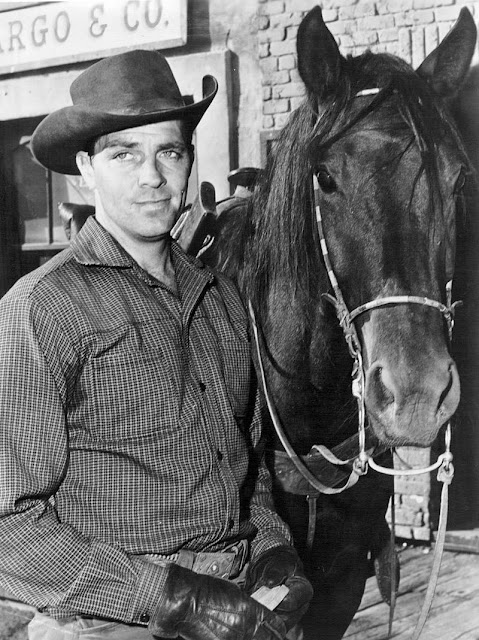