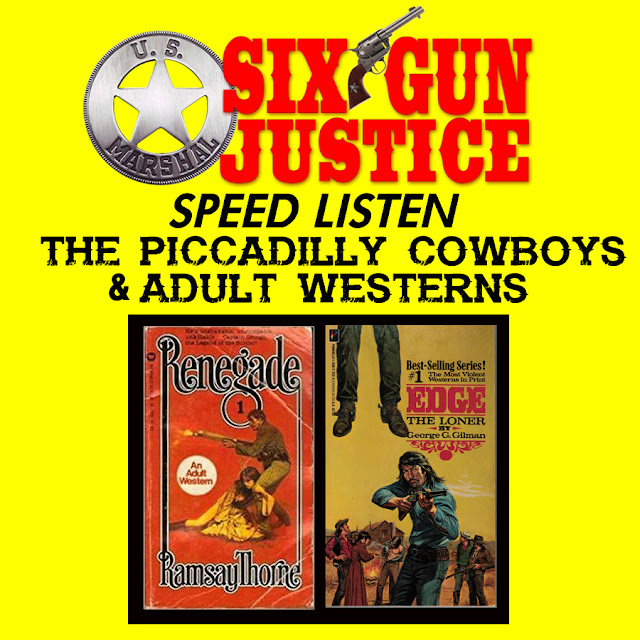 SIX-GUN JUSTICE SPEED LISTEN #7
THE PICCADILLY COWBOYS
AND THE
ADULT WESTERN PHENOMENON
It's time again for another Six-Gun Justice Speed Listen. Step on into the sheriff’s office, pour yourself a cup of strong black brew, sit down in that hardback chair over there, make yourself comfortable by tilting it back against the wall, and listen in as Six-Gun Justice co-host Paul Bishop shares everything you need to know in fifteen minutes (give or take) about the dastardly Piccadilly Cowboys and the sex and six-gun Adult Western phenomenon that followed them.
You can find this installment on all major podcast streaming platforms or by utilizing the player below...
By Sixgun Justice at May 31, 2020