THE RIFLEMAN RETURNS TO THE COMICS 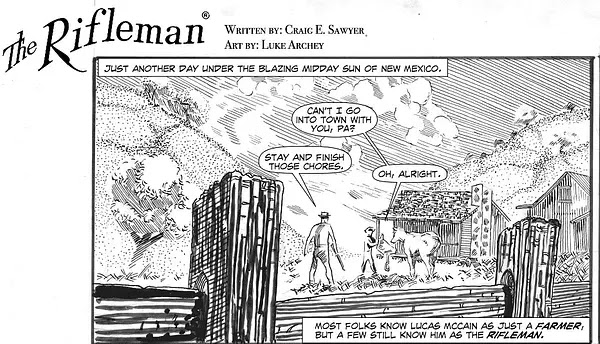 THE RIFLEMAN RETURNS TO THE COMICS
POSTED ON BLEEDING COOL WEBSITE
WWW.BLEEDINGCOOL.COM/
MAY 30, 2020
CRAIG E. SAWYER
You may know me as a writer of comics, and sometimes writer of articles that appear in the hallowed halls of Bleeding Cool, unless Rich Johnston hasn't had his morning tea, then I receive the J. Jonah Jameson styled email telling me to write better, and take better pictures of Spider-Man (they are always blurry). I have a few subjects I want like to tackle today, the main one being the four-paneled strip. They have existed since the early 20th-century, with early American comic strips like Winsor McCay's Little Nemo in Slumberland (1905—27), and also the appearance of yonkoma (four-cell) manga in Japan. I have always loved the four-paneled medium, and I feel they are making a huge come back in the age of Instagram and other social media, especially after Instagram introduced the Carousal in 2017, which allowed comic strips to thrive.

Our phones are basically a one panel, right? We have become enamored with squares, so a four panel strip fits perfectly in the age of quick bite entertainment. I am all for standard comics, but a recent job has me drawing a four-panel western. It's been challenging and fun to learn how to tell a captivating story with so little space. And let's talk about what readers are reading. Recent data has shown comic book readers are reading fewer superheroes and exploring other genres. The once insular market is opening up to the arrival of a more diverse audience with different tastes, like those of the western, sci-fi, and horror genres. The popularity of the wild west comic is nothing new. The legendary artist Jack Kirby cut his teeth on gun-wielding cowboys, on titles such as Kid Colt Outlaw and The Two Gun Kid. 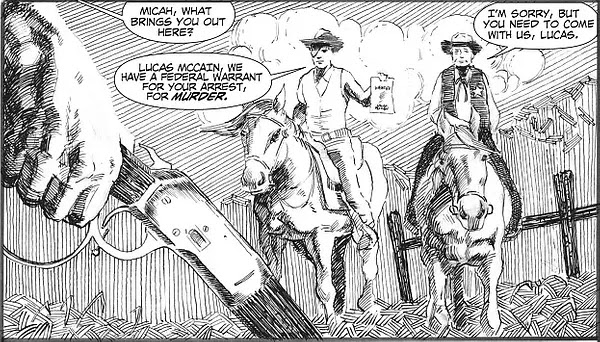 I am writing a new four-panel with artist Luke Archey, which is based on The Rifleman TV series from the late 50s and early 60s. It was created by Levy-Gardner-Laven Productions Inc. The series was very well written and pretty progressive for its time, with famous guest stars such as Sammy Davis Jr., a very young Dennis Hopper, and the Dark Knight himself Adam West. There were also a series of colored comics by Dell/Gold Key in the 60s. 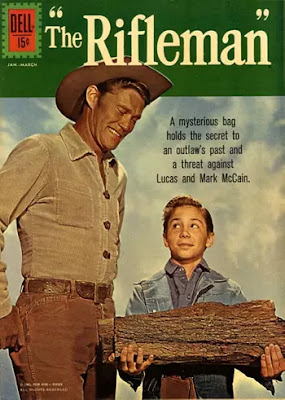 The Rifleman Four Panel Episodes will be released on The Rifleman's social media and website beginning every Sunday in June. The series will follow the adventures of a Wild West rancher, wielding a customized rapid-fire Winchester rifle, while raising his son in the sometimes lawless New Mexico Territory. The Rifleman is an American Western television program that ran from September 30, 1958—April 8, 1963. It starred Chuck Connors, as rancher Lucas McCain, and Johnny Crawford as his son Mark McCain. 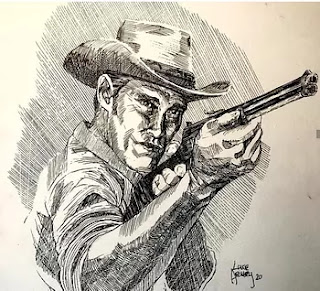 Email ThisBlogThis!Share to TwitterShare to FacebookShare to Pinterest
Labels: THE RIFLEMAN