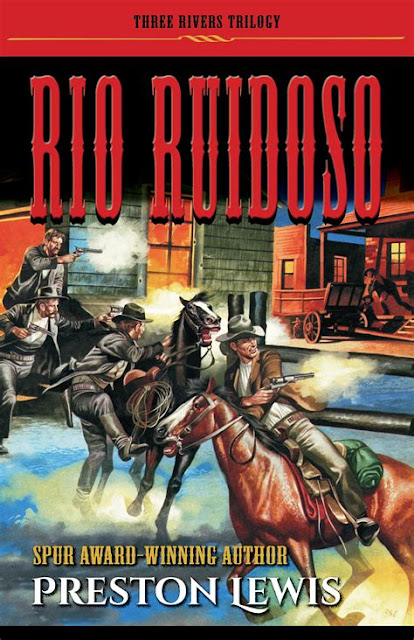 WESTERN WORDSLINGERS
PRESTON LEWIS
SGJ: We very much enjoyed your new release from Five Star, Rio Ruidoso, kicking off your Three Rivers Trilogy. What can you tell us about the next two books?

PL: Book Two is titled Rio Bonito and it is at the publisher.  I'll start Book Three next month after I finish my next book for Wolfpack in The Memoirs of H.H. Lomax series of comic westerns. Book three of the Three Rivers Trilogy will be titled Rio Hondo. These are the three rivers and are the scenes of principal action in each book.  The Rio Ruidoso and Rio Bonito come together in the Hondo Valley to form  Rio Hondo.

SGJ: The story of Wes Bracken and his brother, Luther, takes place against a backdrop of some infamous Western history. How did you approach that? 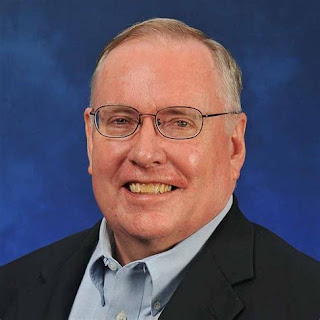 PL: I'm not the first person to write about the Lincoln County War, as you well know, so I tried to look for different angles that have not been so well covered. The first covers the troubles before the war formal began and deals with the racist Horrell brothers and the havoc that they caused.

The second book deals with the cattle thievery and chicanery that the Murphy machine caused, including the principal events in the Lincoln County War, though sometimes from afar.

The third volume will focus on the Kid trying to go straight and being betrayed by the governor of New Mexico, Lew Wallace. There's different opinions about Lew Wallace and a supposed pardon and it will resolve the ongoing thread with Jesse Evans and the protagonist's brother-in-law who goes bad.

SGJ: You do a terrific job portraying the relationship between Wes and Luther in Rio Ruidoso, the love and the inevitable conflict brought on by Luther’s alcoholism. Do you have a brother?

PL: Yes, I have a younger brother.  We have a great relationship and rely on each other heavily now as we try to manage our nursing home-bound parents in their 90s.  We were complete opposites, him the popular extrovert, me the bookwork introvert.  We had a great childhood with wonderful parents.

We thought our childhood was typical, though as we've aged and learned of others with the problems they had we realize we may have had an atypical upbringing.  We hunted, we fished, we camped out, we took great vacations, and had a wonderful Christian upbringing.

None of us in our family drink so I've never had to deal with any alcoholism in real life.  I just tried to imagine how an alcoholic might react and the problems it would create when you couldn't trust your brother.

SGJ: The Brackens’ work with horses also comes across with great authenticity. Did you have horses growing up?

PL: We lived in the country, the most memorable years from when I was 5 to 10 and we lived on a quarter section we rented where we had a few cows and a donkey we named Flash, but no horses.

On the foaling I just did a lot of research so I could make it sound authentic.  I'm sure a genuine horseman might find some issues with my description but it should pass muster with most.

SGJ: Thanks for chatting with us, Preston. It’s been a pleasure.

PL: Let me know if you have more questions and thank you for your kind words on and interest in Rio Ruidoso.