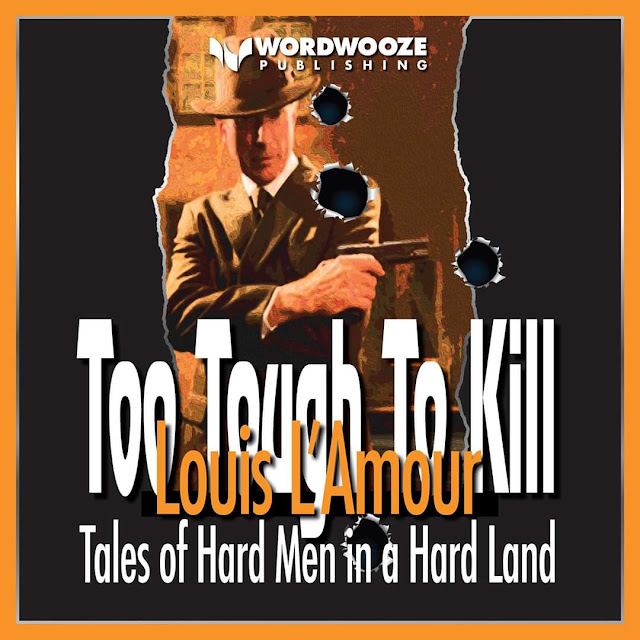 LOUIS L’AMOUR
STORIES OF THE NEW WILD WEST
1930s/1950s
Here is a time when the old west became new―the 1930s/50s―as Louis L'Amour witnessed it first-hand in Southern California before and after World War II.

Many people think the age of gunmen, scheming land barons, murderous bad guys, and the determined men who stood up against them, went out with the end of the Old West around the 1890s. But, in L'Amour's own time in the New West, there were far more bad men toting guns and making grabs for far more wealth and valuable land than in the fabled days of the Old West.

And it took far more courage and determination to oppose them in the days of the Tommy Gun and .45 automatic than in those of the six-gun and pump-action rifle. When Louis L'Amour finally moved to Los Angeles permanently in the late 1940s, the "Battle of Sunset Strip," an all-out mob war between rival Mafia families for control of the lucrative west Los Angeles/Hollywood gambling and prostitution trade, was at its height.

More than 30 gangland killings took place in a seven-year period (including that of the legendary Bugsy Siegel), and more than 100 were said to have been slain during its quarter century span. This war had brought the Old West roaring back into the New―and L'Amour recognized it. He began to write hardboiled crime stories filled with the same kind of stalwart, straight-shooting men, strong, resolute women, and vicious, unprincipled badmen that peopled his westerns.

You will find many of the best of these true-to-life tales in this exciting collection of short novels and stories (including "Street of Corpses," "Anything for a Pal," and "Collect from a Corpse"), along with others equally tough ("Death, Westbound" and "It's Your Move") based on L'Amour's own experiences traveling the New West before the war.

These are among his least reprinted stories, and will hopefully prove a real treat for the author's multitude of listeners.