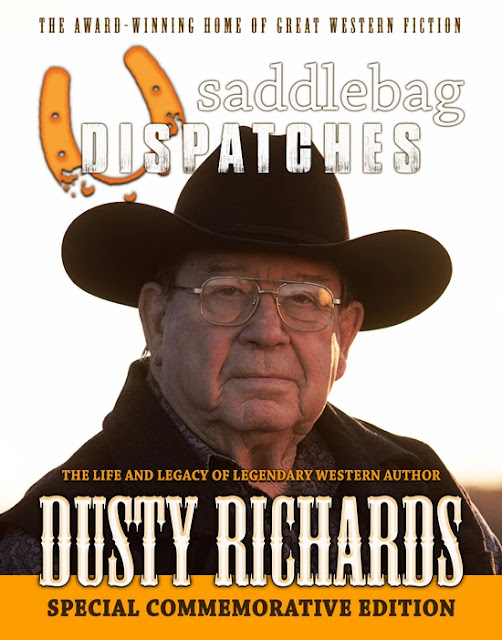 SGJ: When you launched Saddlebag Dispatches, was a digital version already part of the plan? Why did you decide to distribute it for free via issue.com rather than some sort of paid app?

CC: Truthfully, when we originally launched the magazine, the digital version was intended to be the entire plan. We had no plans for putting it into print. This was just as our company was getting started into the publishing world, so we knew very little about production and distribution, and assumed the costs for a magazine of this kind would be prohibitively costly. We soon found out differently and made the decision to make our third issue (and all of them thereafter) available in both digital and print formats, for those who prefer the feeling and keepsake quality of a physical book in their hands. 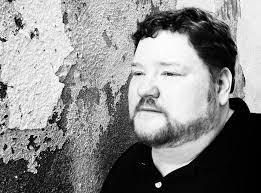 As for making the online version free, it’s very simple—we didn’t start Saddlebag Dispatches to make a buck. As idealistic as it may sound, our co-founder, legendary Western author Dusty Richards, was very clear about our mission from the beginning: expand western readership through unwavering support of western literature and those who write it in any way possible.

The best way to bring more readers to the Western genre is to offer quality content, including interviews, articles, and fiction from big-name authors and personalities—as well as those that are not so well-known—and making it available anytime, anywhere for nothing. Maybe we could offer it through a paid app, but that would only serve to restrict our audience to people who already read western interest material. Our mission is to expand western readership, and in today’s world, people rarely take a chance on something if it costs anything, even as low as .99 cents.

SGJ: You’ve made SD a friendly, comfortable place for young writers to explore new ground with short stories and even comic book pages. What are your thoughts on the upcoming generation of young Western writers (any names in particular of creators who are under 40)?

CC: Unfortunately, Westerns as a popular genre have been in decline for several decades. It’s not something overblown by the media, it’s true. Every time you see a new western movie hit the big screen—the recent remake of True Grit, for instance, or Taylor Sheridan’s Hell or High Water—or a series like Longmire make it big on television, you hear a bunch of western writers say, “Who says the Western is dead?” But the truth is, most of the writers turning out western novels and stories are in their golden years. There are very few such writers under 50, and even fewer under 40. Too many young people—writers included—see the genre as something dead and buried in the past, like Disco, or VHS tapes. They fail to grasp, as Dusty put it, that “Westerns are the heart of the American story. Brave men and women from all walks of life challenging the wild frontier for a chance to find and be more than they were. What could possibly be more inspiring and relevant to us in today’s world?” 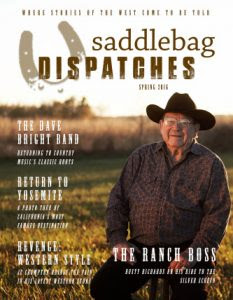 Saddlebag Dispatches is trying to attract younger writers to the genre. So far, we’ve found some success. Of twenty-five authors in the western stable of our parent publisher, Oghma Creative Media, we have four who are in their forties, including Marlon S. Hayes, George “Clay” Mitchell, Clayton “Shane” Griffin, and myself, Casey W, Cowan. All of us have Western novels either in progress or in editing. Under forty, though, we have only one, 29-year old Jason Sway, who has just completed the first draft of his first western, a gritty, genre-busting novel tentatively titled Deadhorse.

We’re not resting on our laurels, however. Not only do we sponsor western writing contests with several writers’ conferences, we’re also running a national contest through Saddlebag Dispatches this year open to all western writers under forty years of age. The grand prize winner will be offered a publishing contract to develop their short story into a 50k word or greater novel, with the option of a continuing series.

The current dearth of young western writers means that there is a corresponding lack of young western readers. In general terms, most western readers today are either from the Baby Boomer generation who remember the heyday of the genre in print and on television in the ‘50s, 60s, and ‘70s, or their children who grew up watching Clint Eastwood in such classics as The Outlaw Josie Wales or Pale Rider. As I mentioned earlier, Dusty Richards wanted Saddlebag Dispatches to be a vehicle for bringing new readers and writers into the western genre before it dies out. He knew that the only way to do this was to appeal to a wider—and younger—audience than most western publications on the market today. This not only dictated our methods of distribution, but also our editorial selection, as well.

We’ve tried to include content that is not only appealing to diehard western fans, but that is also fresh, new, and attractive to those who’ve maybe never heard of Zane Grey or Louis L’Amour. This is why we’ve chosen to include not only a serial graphic novel—the long-running Bender by Michael & David Frizell—but also comedic stories, mysteries, romances, stories from the Native American Point of View, and even a “weird western” story about aliens in the Old West—“Common Cause” by sci-fi/horror writer Gordon Bonnet. 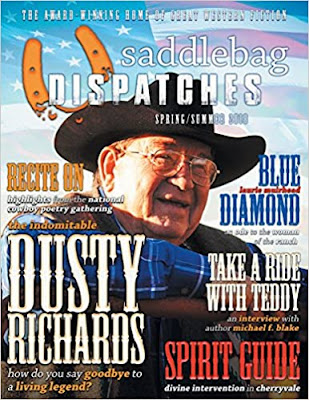 SGJ: I was intrigued by your recent cover feature on Parris Afton Bonds (co-founder of the Romance Writers of America). She’s not somebody we’d expect to see on the cover of a western mag. Does her presence reflect a sort-of “big tent” thinking regarding the Western genre?

CC: While known primarily as a romance novelist, several of Parris’s most successful books like Blue Moon and When the Heart is Right have been set in the West during the classic period of western frontier settlement.  More recently, she has dedicated the last six years to researching and writing a fantastic new historical series called The Texicans, a generational saga of one Texan family from the Battle of San Jacinto in 1836 all the way to the Kennedy assassination in Dallas in 1963.

Most magazines focus on subjects—both in terms of content and people—that target the dyed-in-the-wool western reader. We want to go beyond that and attract new readers from outside the traditional groups most Westerns are aimed at. The genre is a big enough tent for many different authors examining many different areas of the era, in terms of time, geography, subject, and people.

Western-based mysteries are a subgenre that’s on the rise, boasting award-winning authors like Craig Johnson and C.J. Box.

YA Westerns are gaining steam, led by the likes of Rod Miller and Matthew P. Mayo (and a forthcoming series of novels left behind by the late, great Dusty Richards).

Literary Westerns in the vein of Zane Gray and Charles Portis have become popular of late, as well, as demonstrated by Pamela Foster’s Soldier’s Heart.

Western nonfiction is and always will be an important market, represented by a variety of authors from Chris Enss, Michael F. Blake, and John J. Dwyer. Western and Western historical romances are also a huge market with a solid following, as well. Just look at the success of such authors as Jodi Thomas, Linda Broday, Janet Dailey, Velda Brotherton, and even Nora Roberts. While they may not be “traditional” western fare in terms of grit and gun smoke, they are every bit as western as anything you’ll see with Clint Eastwood.

SGJ: Thanks for visiting with us, Casey. Best hopes for your continued success!