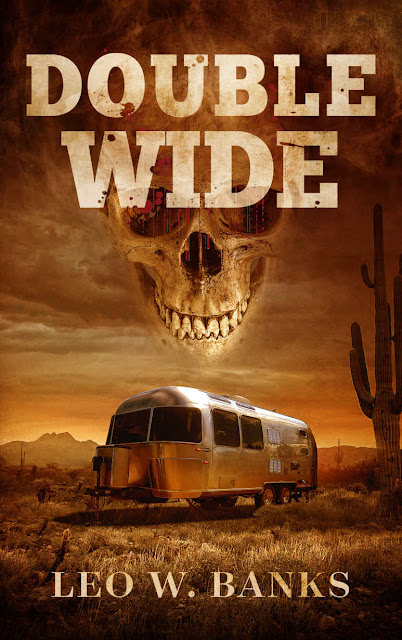 WESTERN NOVELS
DOUBLE WIDE
Double Wide is that rare debut that not only lives up to the pundits’ praise, but exceeds it. The fact Leo W. Banks’ first novel won an unprecedented two Spur Awards from the Western Writers of America (for Best Contemporary Western and Best First Novel) and a True West Magazine Best Western Crime Novel of the Year award isn’t surprising. The pace, the prose, and the writer’s precise word choice deserve every superlative they’ve received.

Ex-major league baseball phenom Prospero Whip Stark has a hand in nefarious goings-on in the desert mountain region outside Tucson Arizona—literally. Stark’s not a bad guy, in fact he’s an honorable old soul in a 30 year-old body with a bum shoulder and a woeful Mexican prison rap. Trouble is, somebody’s gifted him with the disembodied limb of his old baseball catcher, Rolando—identified by the tats on the knuckles. 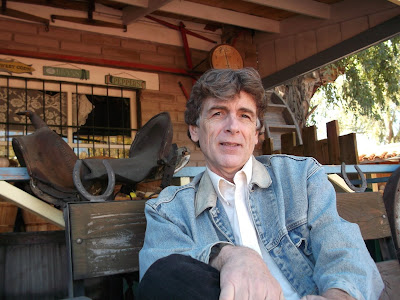 In addition to the severed arm, a second grisly find would have anybody else running to the cops, but when you live near a major drug trade route, you tread carefully. Stark’s moves are measured, if not confident. Home base is an Airstream trailer at Double Wide, the trailer park Stark runs for an assortment of quirky characters—everyday folks abandoned by the culture and society around them—and it’s Stark’s care and consideration for his tenants that raises the bar for contemporary western noir.

Banks’ Arizona isn’t the childhood West of Roy Rogers and Gene Autry, or even the panorama of John Wayne or the grit of Clint Eastwood—but a post-modern place that’s all of these things at the same time. At one point during the narrative, Stark thinks, “That’s the West for you, the home of second chances.” As much as anything, that lines sums up the theme of Double Wide and its characters. From Stark’s Shakespeare-loving heroin-blasted dad to take-no-crap TV reporter Roxanne Santa Cruz, the people in Leo Banks’ work are scraped raw and wind burnt by the West. But they also find real, human connections—and the chance for redemption. 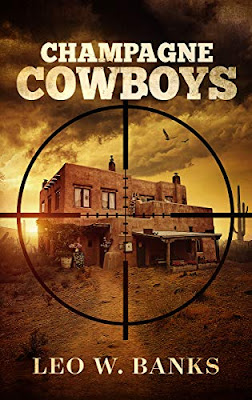 At one point, Stark ponders the fate of his imprisoned father, a man who seemingly had it all but deliberately went down a bad road. “When the sun always shines, you go looking for trouble,” he thinks. And that too is part of the book’s theme and the appeal to keep turning the pages. Will the sun shine again for Whip Stark and his companions?

Baseball and betrayal, bullets and friendship, with just enough light shed on the human condition to lift the narrative to a much deserved award winning status, Double Wide is a home run. Watch for the second book in the series, Champagne Cowboys to also score.
By Sixgun Justice at February 18, 2020