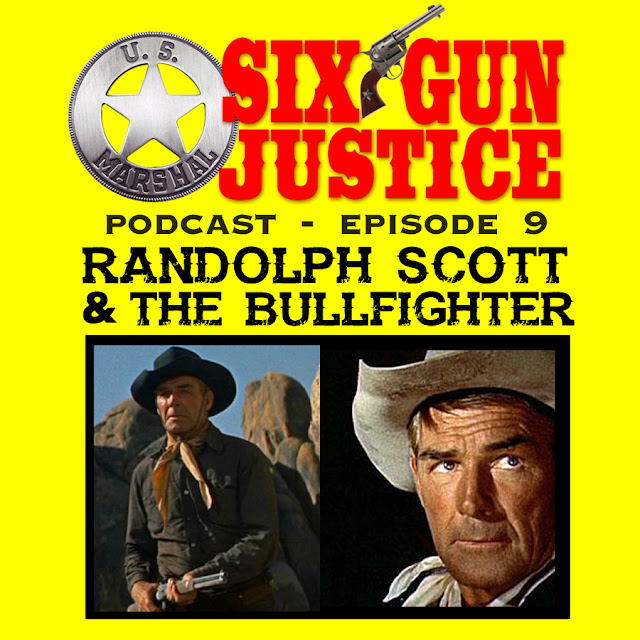 SIX-GUN JUSTICE PODCAST—EPISODE NINE
RANDOLPH SCOTT AND THE BULLFIGHTER
Episode Nine of the Six-Gun Justice Podcast is now available for streaming on all major podcast platforms or by using the player below. This week, co-hosts Paul Bishop and Richard Prosch explore the films and partnership of Randolph Scott and director Budd Boetticher—The actor who was John Wayne's only challenger for the title of Hollywood's top cowboy, and his friend and director, a man caught on the horns of his own obsessions.

You can catch up with prior episodes anytime on the Six-Gun Justice Podcast’s flagship website www.sixgunjustice.com/ where you'll find a wide range of western related book reviews, articles on western movies and TV shows, and interviews with some of today's best western wordslingers.