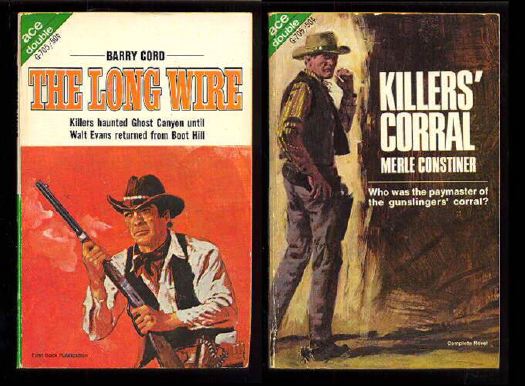 Ohio native Merle Constiner came to Westerns late in his career as a published writer. First seeing his work in print in 1929, he decided to become a pro in 1939 after graduating from Vanderbilt. He created a fortune-telling con-artist/gumshoe The Dean for Dime Detective and Luther McGavock, a Memphis-based PI for Black Mask. Writing for the crime pulps kept him busy but he also wrote what he called historicals for Blue Book and The Country Gentleman. 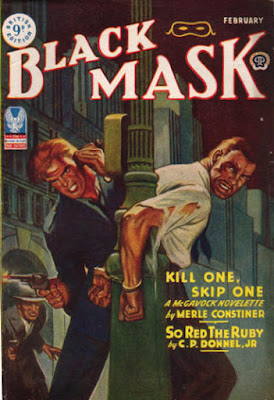 One of his western short stories appeared on live TV in a 1953 production starring Fred MacMurray, and it was thereafter that his Western stories started showing up as paperback originals for the ACE Double Series and others.

And, a tip of the Stetson (and a free Western paperback offer) to the reader who can track down the title and Constiner connection on that 1953 live TV production. All I know about it for sure is that it happened shortly after MacMurray’s wife died so he muffed a few lines. But more info than that has proved elusive. So send me the answer and we’ll send you a paperback of our choice.

Constiner’s prose was nothing too out of the ordinary, and the plots weren’t overly unique. But with both books, I got hooked by the pacing and surprised by the characters.

So, for example, Killer’s Corral, (one half of an ACE Double with The Long Wire by Barry Cord on the flip side) is a revenge story about a former gunslinger who’s gone straight and sets out to track down the killers of Rann Clark the man who helped him when he was down. Rush Ledderman leaves his young family to re-enter a life he left behind, and I settled in for what I thought would be a by-the-numbers vengeance-trail manhunt. 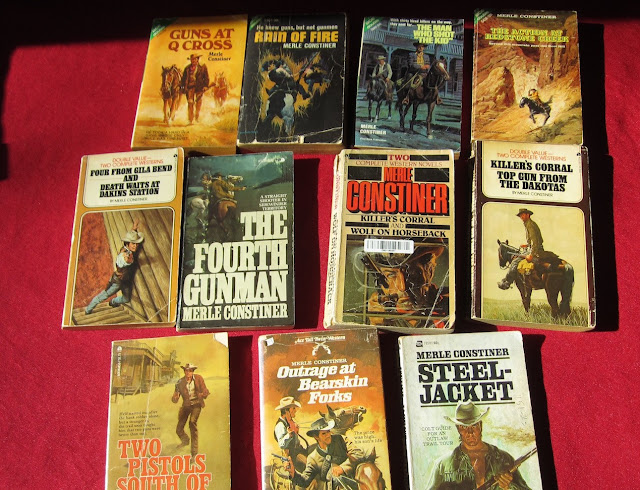 But instead Ledderman faces the killers sooner than I imagined, turning the book on its ear and giving Constiner legroom to stretch into a tale that I didn’t see coming. Turns out Rush is more interested in proving the honor of his friend Rann Clark than simple revenge.

Ledderman is a surprising character because Constiner writes the best amoral moral character I’ve come across in quite a while. Not exactly an anti-hero as we might think of the term, super-saturated as we are, but similar in the highly personal brand of justice he dishes out.

So too, the protagonist in Steel-Jacket, Joey Fugate, is a young man with a tough background who falls for a golden haired gal named Amy Dennis. Fugate knows the Oklahoma Indian territory better than anybody, but that doesn’t mean finding the Dennis family’s stolen gold is gonna be easy—or at all safe. This one wasn’t as exciting as the ACE Double entry, so when I return to Constiner, which I will presently, it’ll be with Guns at Q Cross and Death Waits At Dakins Station, two ACE Doubles currently on my shelf.

Which is, what I think, part of the joy of collecting paperbacks and especially authors you’ve never read. Pull one down, read a writer for the first time and the shelf opens up to you.